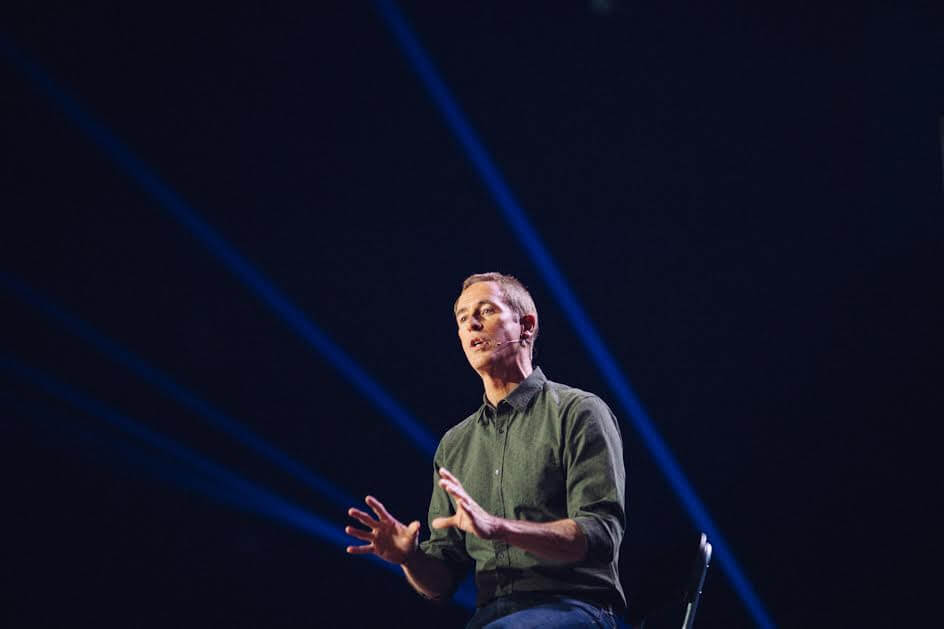 Megachurch pastor Andy Stanley delivered an invocation to the Georgia House of Representatives on Tuesday, urging lawmakers to reject division and polarization and follow the example of Jesus Christ in embracing the “messy middle.”

Stanley, who leads North Point Multi-Site Ministries and Alpharetta-based North Point Community Church, served as the legislature’s “chaplain of the day.” He spoke for over 12 minutes and ended with a prayer for the 180-member legislative body.

Stanley, the author of several books, lamented the division and polarization that he said had come to define Georgian politics. He encouraged state politicians to “walk to the middle because the middle is where problems are solved.”

Stanley recalled that King “talked about standing in the middle” in his famous Letter from Birmingham Jail.

He summarized part of the letter as follows: “When you stand in the middle, you get shot from both sides.”

The 63-year-old church leader described the ‘messy middle’ as ‘the way forward’ and ‘the way you change the world’. He concluded by thanking God for “sending your Son to stand in the midst between us and our sin and our perfect Heavenly Father.”

“Disagreement is inevitable, but division is always a choice,” Stanley added. “Unfortunately, in your world, there are benefits to dividing: you can collect more money when things are divided.”

Stanley, the son of longtime First Baptist Church of Atlanta pastor Charles Stanley, expressed concern about the generalizations that define politics in his state.

He pointed out how Republicans call their political opponents “corrupt Democrats” and Democrats call their opponents “racist Republicans.” He told lawmakers, “that’s not true,” while lamenting how such labeling has become advantageous to politicians.

“Politically speaking, fear of the other party is an asset. Division makes it easy to demonize and distort others. So, unfortunately, where you sit, fear, demonization, and disunity work to your advantage.

Stanley described “those of you who flatter and encourage division” as “terrible leaders”. He said “if you need an enemy to lead, you are a bad leader”.

“Jesus said… ‘Just because someone considers you their enemy doesn’t mean you have to reciprocate,'” he said.

Stanley believes the “messy middle” will allow politicians to see their opponents in a new light.

The pastor argued that under the current thinking that dominates American politics, “the actions and decisions of a political opponent have nothing to do with how they grew up, where they grew up, who he grew up with, how he was. brought up and what they have experienced in the world.

He suggested that people have been taught to believe that their political opponents “do not react to circumstances and experiences” but rather “have character problems” that make them “corrupt from within”.

“In politics, the goal is always to give the impression of losing but not really losing,” he proclaimed. “What a terrible way to lead.”

“What if, as a state, we decide ‘We’re not going to do this anymore?'” he asked. “You can decide that because unity is a decision. Disagreement is helpful and healthy, but disunity just makes a lot of things harder for everyone.

Georgia has become a hotbed of political controversy in recent years. One of the contentious issues is the 2021 Election Integrity Act, one of several measures implemented at the state level after the 2020 presidential election amid allegations of voter fraud.

Democrats, including President Joe Biden, have called the legislation an “atrocity”, criticizing the measure as “nothing but punitive” and “designed to stop people from voting”. Biden went so far as to call the bill “Jim Crow in the 21st century.”

A Washington Post fact-check disputed some of the claims by Biden and other Democrats, including their insistence that he “end voting hours early so workers can’t vote once their shift completed”.

Glenn Kessler of The Washington Post reported that “on Election Day in Georgia, polls are open from 7 a.m. to 7 p.m., and if you line up before 7 p.m., you’re allowed to vote. Nothing in this law changes that.

Outrage over the 2021 Election Integrity Act has prompted Major League Baseball to move its annual All-Star Game out of Georgia despite the state’s election laws being comparable and, in some cases, less restrictive than those of other states.

As Republican Rep. Wes Cantrell noted during Stanley’s introduction, North Point Ministries consists of 10 campuses in the Atlanta area and has a network of more than 180 churches worldwide that serve more than 200,000 people.

“A survey of American pastors identified Andy as…one of the 10 most influential pastors in America,” Cantrell added. “He figured out how to build a church that people who had never been to church or had a bad church experience would want to attend. Many people didn’t know they wanted to go to church until Andy created the unique model that is North Point Community Church.