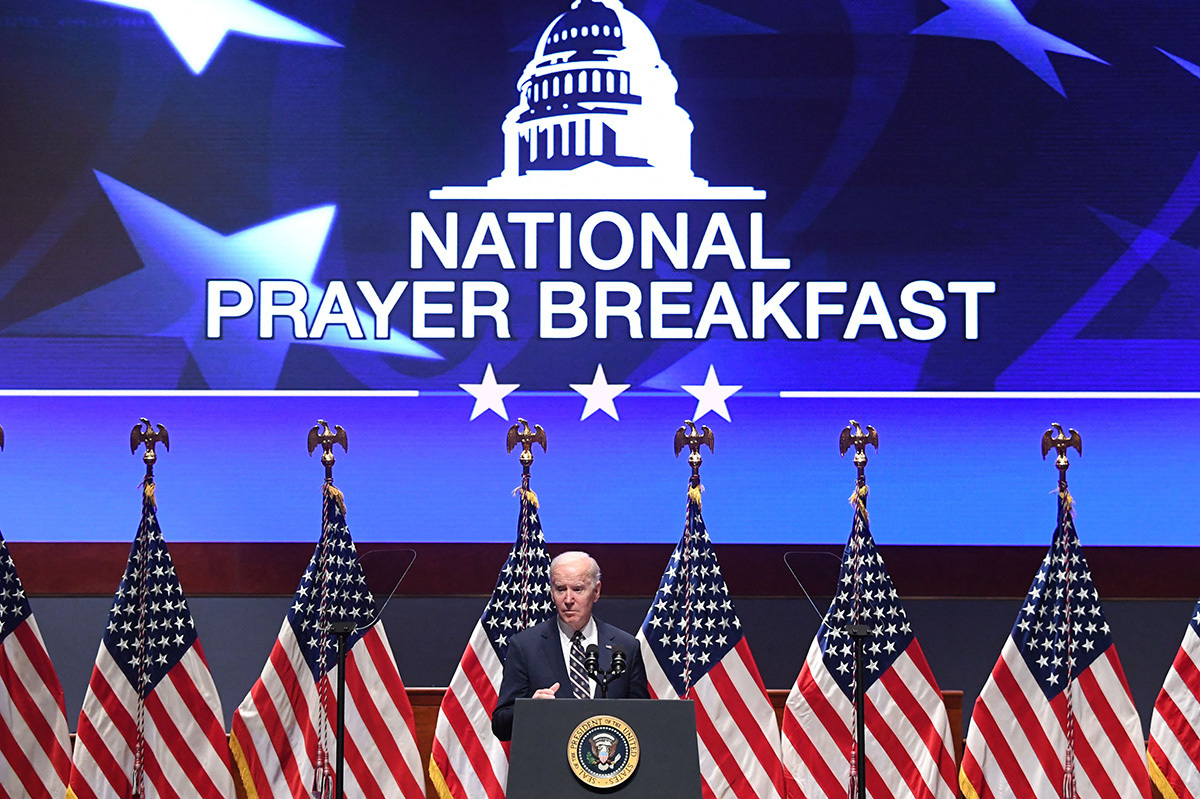 Biden speaks of ‘moment of renewal’ in US prayer proclamation

President Joe Biden has spoken of the United States having “new hope” and “a moment of renewal” as the nation observes the National Day of Prayer.

In a proclamation issued the day before the celebration, Biden explained that, on the day of prayer, “we recognize the healing power of prayer, especially as we recover from the trauma and loss of the pandemic of COVID-19”.

“Today we stand in a moment of renewal – of lives saved, new jobs created, and new hope for rebuilding America,” Biden said.

The president said the day calls for “a moment of reflection where we are called upon to tackle some of the greatest challenges humanity has ever faced.” He listed climate change, “attacks on democracy at home and abroad” and upholding national principles such as justice, freedom and equality as examples.

“I call on the citizens of our nation to give thanks, in accordance with their own beliefs and consciences, for our many freedoms and blessings, and I invite all believers to join me in asking for guidance, mercy and protection continue from God. ,” he continued.

Last year, Biden sparked controversy for his Day of Prayer proclamation, the first he issued as president, due to the official statement omitting any direct mention of God.

“How do you issue a proclamation on prayer and not mention God at all? Of course, he mentions climate change and racial justice. Really, it’s pathetic… and not surprising.

Created in 1952 by an act of Congress, the National Day of Prayer is held annually on the first Thursday in May and has received official endorsement from the presidents of both major parties.

In addition to the proclamation, the Day of Prayer often includes tens of thousands of local events across the United States aimed at praying for the welfare of the nation.

The observance has not been without controversy, as some secular groups have argued that the proclamations violate the separation of church and state and should therefore be discontinued.

At one point, the prominent atheist organization, the Freedom From Religion Foundation, filed a lawsuit against the Obama administration for the practice of the proclamation.

Although a judge ruled in favor of the organization in 2010, the ruling was overturned in 2011 by a unanimous decision of a three-judge panel of the United States Court of Appeals for the Seventh Circuit.

Seventh Circuit Chief Judge Frank Easterbrook wrote the panel’s opinion, finding that the FFRF lacked standing to sue Obama over the proclamation of the prayer, stating that “hurt feelings differ from legal wounds “.

“The plaintiffs did not alter their conduct one iota or incur any costs in time or money. All they have to do is disagree with the president’s action,” Easterbrook wrote. “But unless all the limitations of standing are abandoned, a sense of alienation cannot suffice as a factual injury.”