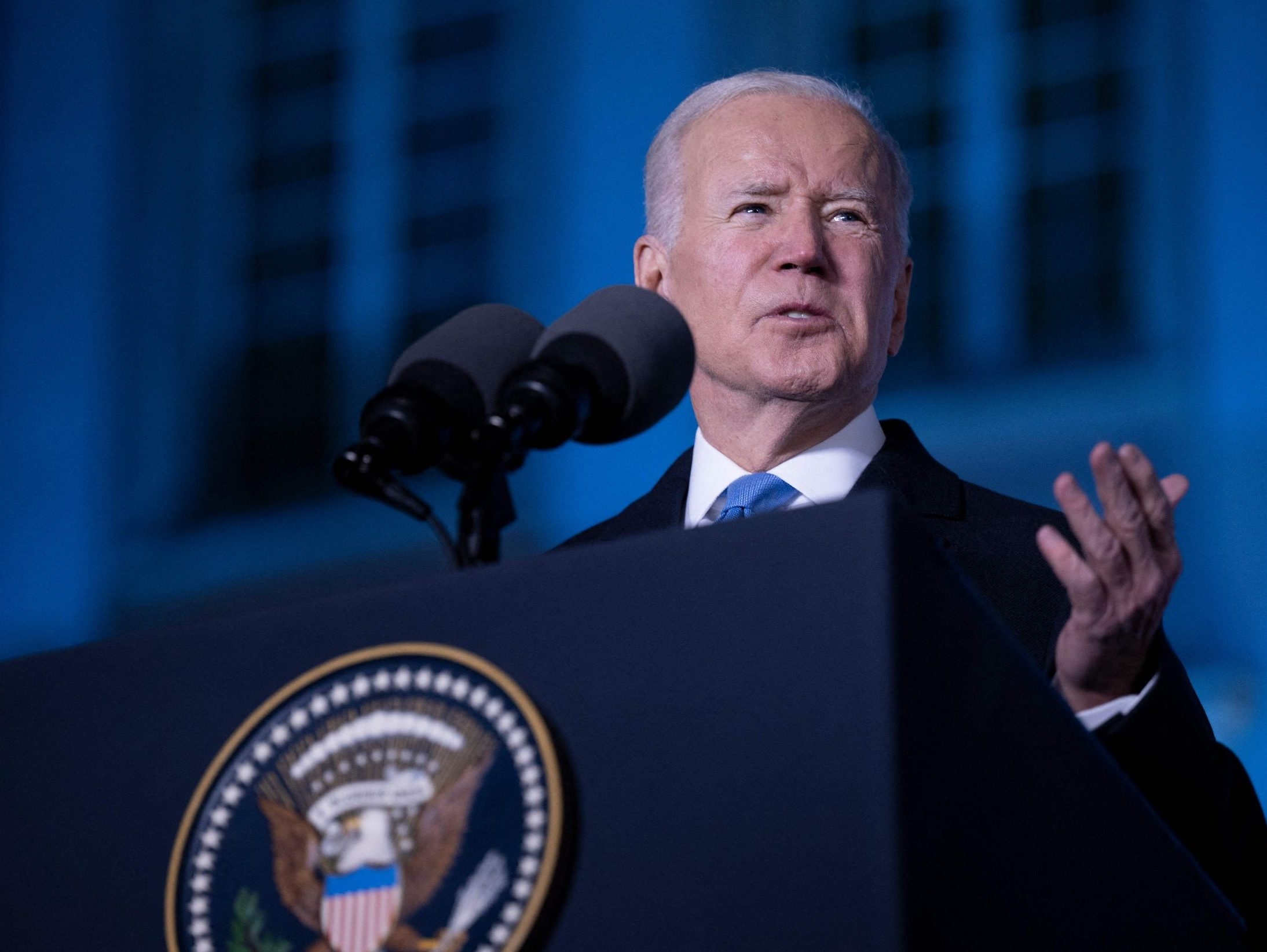 ELDER: Ukraine and the politics behind Biden’s reluctance to ‘do more’

Both political parties accuse President Joe Biden of not doing more to help Ukraine, of not providing fighter jets to Ukrainians and of emphasizing “what he will not do ‘to help'” rather than what he will do”.

President Barack Obama has ordered all US troops out of Iraq. He did so over the objection of virtually his entire defense and national security team, including the Secretary of State, Secretary of Defense, National Security Adviser, Joint Chiefs of Staff , the American ambassador in Iraq and the director of the CIA.

The withdrawal, as Bush predicted, created a vacuum. Enter the Islamic State group. In response, Obama gradually returned to Iraq roughly the same number of troops that Bush deemed necessary.

Some, mostly Republicans who have been decried as warmongering “neocons,” criticized what they denounced as Obama’s “bug-out.” But, politically, Obama did not suffer. How many Iraqis have died because of its reckless and premature withdrawal? Few require, even less care.

In April 2003, according to Gallup, approval for the war in Iraq, which began less than two years after 9/11, reached 76%. Senses Hillary Clinton and Joe Biden voted for war. Even liberals like New York Times columnist Thomas Friedman supported him.

But, over time, approval waned. Clinton apologized for her vote. Some Democrats and their media comrades believed that “Bush lied; people died.” Former Associated Press DC bureau chief Ron Fournier claimed that “Bush lied to us in the Iraq war.” Even presidential candidate Donald Trump said, “They They lied. They said there were weapons of mass destruction. There weren’t. And they knew there weren’t.

Never mind that Laurence Silberman of the bipartisan Robb-Silberman Commission, formed by Bush to examine the intelligence behind the Iraq war, wrote: “No one in Washington political circles has expressed any significant disagreement with the intelligence community before the invasion. The national intelligence estimate was compelling – for the president, Congress and the media.

Americans forgot, or stopped caring, that Saddam Hussein, after the 1990-91 Gulf War, promised – but failed – to declare what WMDs he had. He threatened America; stole the Oil for Food program; fired at British and American aircraft patrolling the no-fly zone over Kurdish areas; had used chemical weapons against the Iranians and against his own people; attempted to assassinate President George Herbert Walker Bush and invaded Kuwait. Human Rights Watch estimates that more than 250,000 Iraqis were eliminated by Saddam.

The war in Afghanistan began with broad support. The Taliban allowed al-Qaeda to use the country to plan the deadliest terrorist attack on American soil in history, a tragedy that claimed the lives of nearly 3,000 people. But public support has dwindled – even though, before President Trump withdrew more than 2,000 troops, our military commitment in Iraq fell to 5,200 troops. Trump and many Republicans and Democrats have complained of “endless wars,” regardless of endless enemies who never get the memo. Even bipartisan criticism of Biden’s disastrous pullout from Afghanistan focuses more on how he pulled the troops out, not whether he did.

We apologize, but this video failed to load.

In three weeks, Russia would have lost more troops in Ukraine than the United States in Iraq and Afghanistan combined in 20 years. Yet Iraq and Afghanistan are regularly labeled as misguided misadventures in “nation building” that we have been pushed into by the “neocons”.

A 2021 AP-NORC poll found that 62% of Americans say the war in Afghanistan “wasn’t worth fighting,” and 63% say the same about the war in Iraq. American public opinion initially supported the war, even the Vietnam War. But approval turns not just into opposition, but into questioning the “real motive” for engaging in war.

Given this history, Biden’s reluctance to “do more” for Ukraine becomes understandable.

From our newsroom to your noon inbox, the latest headlines, stories, opinions and photos from the Toronto Sun.

Thank you for your registration!

A welcome email is on the way. If you don’t see it, please check your spam folder.

The next issue of Your Midday Sun will soon be in your inbox.

We encountered a problem during your registration. Try Again