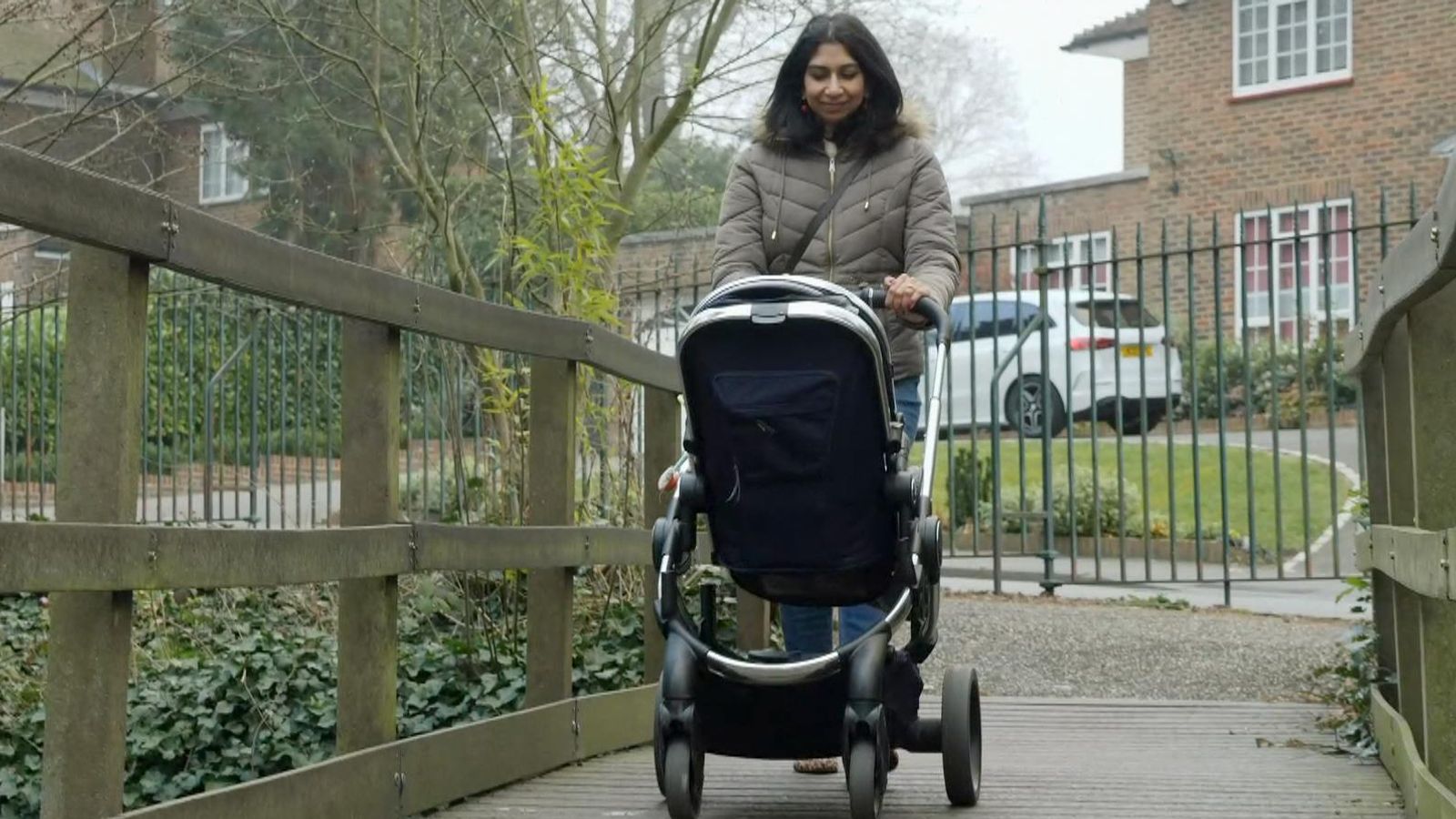 The Attorney General has called for a culture change around maternity rights, saying too many employers are breaking employment rules.

Suella Braverman, who last year became the first cabinet minister to take maternity leavesaid: “Unfortunately, employers are breaking the law, and we need to change that culture. We need to make sure more employers provide support for women in the workplace.”

In an exclusive interview to mark Mothering Sunday, she told Sky’s political editor Beth Rigby it was ‘pretty surreal’ to call the Prime Minister and tell him she was pregnant and wanted take maternity leave.

Ms Braverman said she was ‘daunted’ by the prospect of making the call, but the Prime Minister’s response was to say it was ‘great news’ and that she should ‘take all the time she needs”, “we’ll sort it out.”

But for the attorney general to accept the prime minister’s encouragement to take paid maternity leave, a law had to be rushed through parliament.

The “Law on Ministerial and Other Maternity Allowances” was adopted in March last year – otherwise, she would have had to resign from the government.

“I started working with the civil service and my officials in the attorney general’s office to start preparing myself to see what would have to be done. And we quickly discovered that this had never happened before at the level of the cabinet,” she told Sky News.

“As a result, there was no provision and I would have had to quit if I wanted to have the baby and take some time to spend with her.”

But other mothers and activists say there are many such anomalies and agree with the attorney general that maternity leave laws need to change to prevent discrimination.

Jodie Sims had her first child eight years ago. A few weeks before she returned from maternity leave, the person playing her role was promoted – without the new opening being offered to Jodie first.

She told Sky News she felt isolated but lacked the energy – and money – to fight a potentially protracted legal battle. Instead, she eventually quit.

“I didn’t have the emotional strength at that time,” Jodie said. “I would have liked to face them. Now there is a bit more distance and I have a bit more fire in me. I didn’t have it in me back then. I was crying all the time. I just had to let it go.”

“There’s also been a cultural shift, in the sense that as part of my job, we used to go to music awards and sort of go to live music events – I don’t I wasn’t really included in those anymore.”

“There was one in particular, and when I said ‘oh, I wish I had actually gone there’ and they just said ‘oh, we just assumed you couldn’t have made it to because of childcare, “so immediately I was left out of things.”

A quarter of pregnant women have experienced discrimination during the pandemic

Government data shows that more than 50,000 women a year feel pressured to quit their jobs while pregnant, and 1 in 20 a year are made redundant.

The TUC has found that a quarter of pregnant women or new mothers have experienced discrimination during the pandemic, including being singled out for being made redundant or furloughed.

Current laws offer pregnant women or women in maternity some protection against dismissal. Under section 10 of the Maternity and Paternity Leave Regulations 1999, a woman on maternity leave has “the right to be offered” a “suitable” vacancy where one exists, as soon as that his job is in danger of being made redundant.

The intention is to prioritize women on maternity leave over others at risk of being made redundant. But charities say some employers are breaking the law because they know it takes a full employment tribunal to challenge their actions – a route few women take, having just given birth or been off work for a while. year.

According to previous research by the Enterprise Department and the Equality and Human Rights Commission, less than 1% of women who experience maternity discrimination seek redress in court.

The government has pledged to extend the existing rules from three months to six months after a woman returns to work to help tackle discrimination over a longer period.

“I want women to be protected against dismissal” after maternity leave

But Tory MP and former Cabinet Minister Maria Miller is behind a private member’s bill currently going through Parliament, which calls for better job protection for new mothers and pregnant women.

She thinks there should be a broader ban on firing pregnant women or new mothers to remove the legal burden and responsibility from the women themselves.

“At the moment, women have to go to court within three months of being fired, discrimination. If you’re a pregnant mum, you’ve just had a new baby, the idea of ​​doing that – this really isn’t a priority,” she said.

“The government has already announced that it will increase the duration to six months – but simply giving people more time to go into a system that is not working for them will not solve the problem. I want to see women protected from being fired in the first place.”

However, ministers believe that a culture change is more likely to be embraced by employers if there is a more flexible set of requirements for an extended period, rather than a less flexible set for a shorter period.

ELDER: Ukraine and the politics behind Biden’s reluctance to ‘do more’