Sheikh Tamim bin Hamad Al Thani, the Emir of Qatar, and his entourage held a meeting with Ayatollah Khamenei in Tehran on Thursday evening.

Speaking at the meeting, the leader stressed the need to intensify political and economic relations between Iran and Qatar. He said the way to solve regional problems must be sought without the interference of foreign elements.

Referring to the continued crimes committed by the Zionist regime against the Palestinian people, Ayatollah Khamenei said, “The Arab world should explicitly take political action against these open crimes.”

Ayatollah Khamenei also stressed that the solidarity and stability of relations between Iran and Qatar are to the benefit of both countries and added: “The level of current economic relations between the two countries is very low and is expected to increase up to several times that amount. On political issues too, the ground is set for more exchange of ideas. I hope this trip will mark a new beginning for expanding cooperation.

While expressing his agreement with the statements of the Emir of Qatar condemning the crimes committed by the Zionist regime, the leader described the decades-long oppression of the vicious Zionists against the Palestinian people as a bitter reality and a blow to the world . of Islam. He said: “Against such crimes, the Islamic Republic of Iran expects the Arab world to explicitly enter the arena of political action.

Referring to the statements of the Emir of Qatar regarding the events of last year in Sheikh Jarrah, Ayatollah Khamenei said: “In this regard, the support of some Arab countries for the Palestinians was even lower than that of some countries Europeans. They have not taken any position, and currently also they continue in the same way.

The leader stressed, “If the Arab countries have taken this position out of fear of the Zionist regime or because of certain interests, they should know that today the Zionist regime is in a situation where there is no reason to fear it, nor can you expect to get anything out of it.

Ayatollah Khamenei said that the solution to regional problems is in the hands of the countries of the region and that this solution must be sought through dialogue, Khamenei.ir reported. 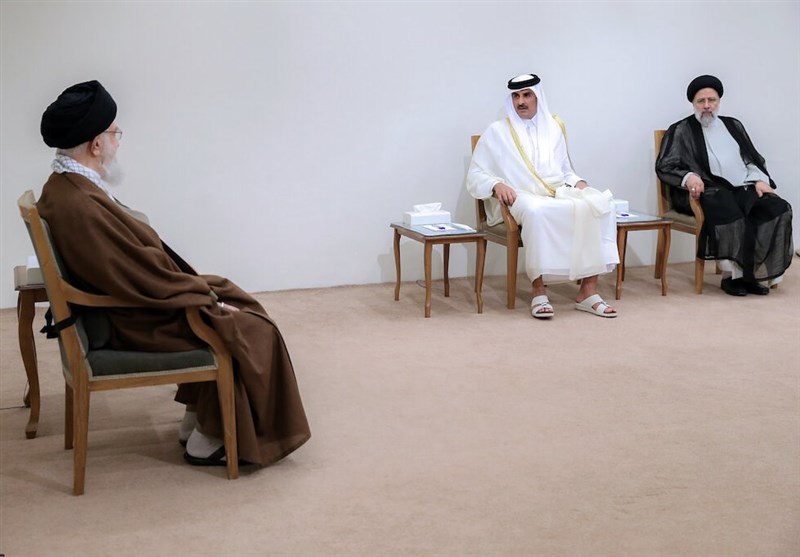 The leader went on to say, “The problems of Syria and Yemen can also be solved through dialogue. Of course, the dialogue must not take place in a position of weakness while the other side – mainly the United States and others – relies on its military and financial might.

The leader stressed that to solve the problems of the region, one does not need the interference of others.

“Wherever the Zionists go, they bring corruption and they are unable to give any power or concessions to other countries. Therefore, we, the countries of the region, must strengthen our relations as much as possible through cooperation and consultation,” Ayatollah Khamenei said.

Referring to the agreements reached between Iran and Qatar, the leader stressed, “These agreements must be fulfilled at a specific time and date.”

Politics and religion don’t go together