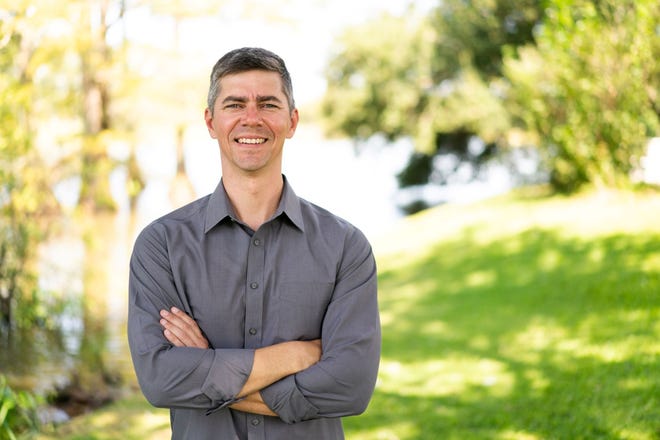 Editor’s Note: The following column was submitted by Luke Mixon, a Democratic candidate for the US Senate in Louisiana. Contact him at Info@lukemixon.com.

My grandfather was a flight engineer on a B-24 bomber during World War II. He was shot down over Europe and spent the next year as a prisoner of war. He didn’t say much about his service, but my grandfather is my hero.

Growing up, he taught me how to pull a skeet and ride a stick shift. More importantly, he took me flying. Inspired by his patriotism, I had three goals after high school: to graduate from the US Naval Academy; become a fighter pilot; and go to TOPGUN.

I was lucky enough to accomplish all three goals. I served as a Navy fighter pilot for 20 years, flying combat missions from aircraft carriers in support of operations in Iraq, Afghanistan and Syria. I ended my career as commanding officer of VFA-204 in New Orleans.

My wife and I returned to Louisiana after our service. We wanted to come home to be with friends and family. While we love this state, we are also frustrated.

We are high school lovers in Bunkie, a small farming town in the parish of Avoyelles. If you drive through Bunkie, you will see towering cane stalks against a beautiful skyline. You will also see a forgotten city with abandoned buildings where thriving businesses once stood. Sadly, the disappearance of opportunity is a familiar story across Louisiana.

This crippling lack of opportunity sends our most precious resource – our people – elsewhere in search of greener pastures. It’s no one’s fault in particular. This is a consequence of our broken policy.

We have lost faith in Washington’s ability to solve our problems. Why? Because we don’t see Washington solving our problems! Instead, we see a blood sport where everyone blames the other side and nothing gets done. These are sound clips and viral videos. Lost in the noise are the 70% of us in the middle who just want decent work, paved roads, good schools, affordable health care and a safe neighborhood. We want our elected leaders to work together and get the job done.

Being a fighter pilot takes skill and focus, but it also takes teamwork. You have to trust the sailors who fixed the jet, the officers who guide your landing and the men and women in charge of downloading your weapons. On an aircraft carrier, teamwork is a necessity, not a luxury. Unfortunately, this is not the case in Washington.

Teamwork is rare in today’s division politics. But I think we all agree on three things:

Cable news is more interested in sensationalism and division than reporting the facts.

I am running for the United States Senate because I believe we desperately need a responsible leader in DC who values ​​the truth and puts Louisiana families first.

I’m proud of my military service, but it’s frustrating to see trillions of dollars invested in schools and infrastructure for Iraq and Afghanistan only to see families in Louisiana suffer from the disinvestments. It’s hard to hear Senator John Kennedy call the bipartisan infrastructure bill “wasteful spending” and “dumb stuff.” It’s not! He voted against good-paying jobs, better roads, bridges, drainage, clean water, life-saving storm mitigation, and affordable internet access for every Louisianan – all of which makes our state more competitive and creates more opportunities.

For six years, we’ve only received sound bites from Senator Kennedy – and none of them have resurfaced a road, reduced traffic on I-10, improved literacy rates or reduced crime . Despite all his talks, many Louisiana families still cannot afford daycare, prescription drugs, preschool or higher education.

And that’s the story with Senator Kennedy: a lot was said, but nothing was done.

I am a career naval officer graduated from the Naval Academy and TOPGUN. I may not be a fancy guy, but I know how to complete the mission. And my mission is simple: to deliver results for the people of Louisiana.

Will it be difficult to defeat Senator Kennedy? Yes. Doing the right thing is rarely easy, but I can do it. People appreciate honesty and hard work, and no one will outrun me and I will always tell the truth. Also, I’m not reinventing the wheel. I’m a veteran and moderate Democrat who will work with others to solve real problems, like Governor John Bel Edwards, who demonstrated how to win the entire state in Louisiana (twice).

There is a lot at stake in the November election. We cannot afford to duplicate the policy of divide and conquer. Louisiana needs a responsible leader who puts Louisiana families first and our country above all else. I can be that leader, but I can’t do it alone. It’s going to take teamwork. Together we can fix our broken politics and move Louisiana forward. I hope you will join us at LukeMixon.com.

The Best Politics Movies of the 21st Century, So Far