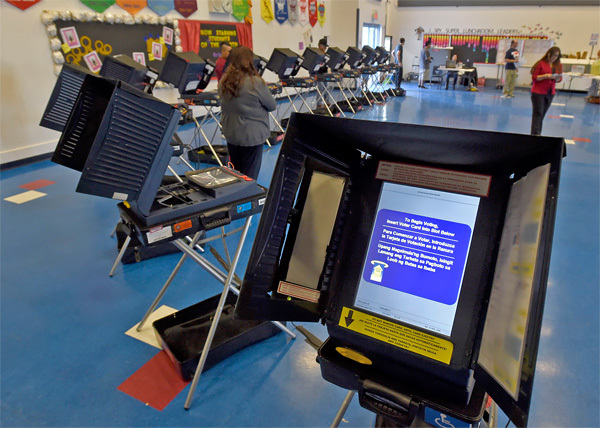 A new poll finds a plurality of Kansas voters are likely to support a ballot initiative that would declare the state constitution to contain no abortion rights.

An explanatory statement will appear on the ballot noting that “The Value Them Both Amendment would reserve to the people of Kansas, through their elected legislators, the right to pass laws to regulate abortion because there is no Kansas has no constitutional right to abortion or require public funding of abortion. The ballot will also indicate that a vote against the amendment would “leave in place the newly discovered right to abortion recognized for the first time” by the state Supreme Court in 2019.

The co/effective poll, based on responses collected July 17-18, found that 47% of likely voters in the primary election planned to vote in favor of the Value Them Both amendment, while 43% said they intended to vote against. The remaining 10% were undecided.

In addition to predicting a close vote on the Value Them Both amendment, the co/effective poll showed Kansas voters were divided on the issue of abortion. Overall, 49% of respondents agreed with the U.S. Supreme Court ruling Dobbs v. Jackson Women’s Health decision that overturned the Roe vs. Wade decision legalizing abortion nationwide. Forty-six percent of respondents disagreed with the decision, while 5% were unsure what they thought.

When asked to describe their position on abortion, 43% of likely Kansas primary voters agreed with a statement proclaiming that “there should be no government restrictions on abortion.” A further 19% believed that “abortion should only be allowed in cases of rape, incest or to save the life of the mother”. Sixteen percent believed that “abortion not medically necessary in Kansas should be legal but past viability of the fetus should not.”

The rest of the voters either supported abortion to “save the life of the mother” (7%), banning abortions “after detection of a heartbeat” (6%), wanted to see abortion “banned in all circumstances” (5%) or were “unsure” of their position (5%).

While most Kansas voters supported legal abortion in at least some cases, a majority (54%) opposed using public funds to provide abortions to “those in need.” “. Additionally, more voters said they trusted Republicans (52%) than Democrats (37%) to handle the abortion issue.

The Value Them Both amendment is one of many abortion-related ballot initiatives that voters will have a chance to vote on at some point this year. A similar amendment will be presented to Kentucky voters in the November general election ballot. The proposed amendment states that “to protect human life, nothing in this Constitution shall be construed as guaranteeing or protecting the right to abortion or as requiring the funding of abortion.”

Kentucky is one of many states where abortion became illegal as a result of the Dobbs decision. In recent years, voters have approved ballot measures clarifying that their state constitution does not contain abortion rights in Alabama, West Virginia and Louisiana.

In Michigan, the organizers of the Reproductive Freedom for All campaign to amend the Michigan Constitution to establish a right to abortion announced last week that they had collected the number of signatures necessary for the question to appear as a question on the ballot of the general elections in November.

Yes, you read that right: our election measures campaign collected 753,759 signatures. Not only does this greatly exceed the required 425,059 signatures, but our campaign ALSO set an all-time record for the Michigan ballot measurement!! (1/3) pic.twitter.com/1S5wwVFGLm

The pro-abortion Guttmacher Institute identifies Michigan as one of several states with unenforced abortion bans that will take effect in the absence of Deer, although a court ruling prevented it from taking effect. Additionally, the Democratic State Attorney General Dana Nessel swore not to enforce the law.

WATCH: Michigan Attorney General Dana Nessel said she would ‘refuse to enforce’ the state’s existing abortion law if Roe is overturned. #MTP@dananessel“This incredibly draconian and strict law of 1931 would criminalize abortion in this state with virtually no exceptions.” pic.twitter.com/HLLHKYz7vV

Meanwhile, in California, which has already codified an abortion right to the point of viability into state law, voters will decide the fate of Proposition 1. If it is approved by voters in November , the California Constitution will be amended to read: Shall not deny or interfere with an individual’s reproductive freedom in their most intimate decisions, which includes their fundamental right to choose to have an abortion and their fundamental right to choose or refuse contraceptives.

“This section is intended to reinforce the right to privacy guaranteed by section 1 and the constitutional right not to be denied equal protection guaranteed by section 7. Nothing herein restricts or limits the right to privacy or equal protection,” the proposed amendment continues. If passed, Proposition 1 would codify a right to obtain an abortion beyond the point of viability into the California Constitution.

Vermont’s Proposition 5, which is expected to appear on the ballot in November, will ask voters to amend the state’s constitution to read: “an individual’s right to personal reproductive autonomy is central to the freedom and dignity to determine one’s own life course and should not be denied or violated unless justified by a compelling state interest achieved by the least restrictive means”.

Vermont law “already recognizes the fundamental right of anyone who becomes pregnant to choose whether to carry a pregnancy to term, give birth to a child, or have an abortion.”