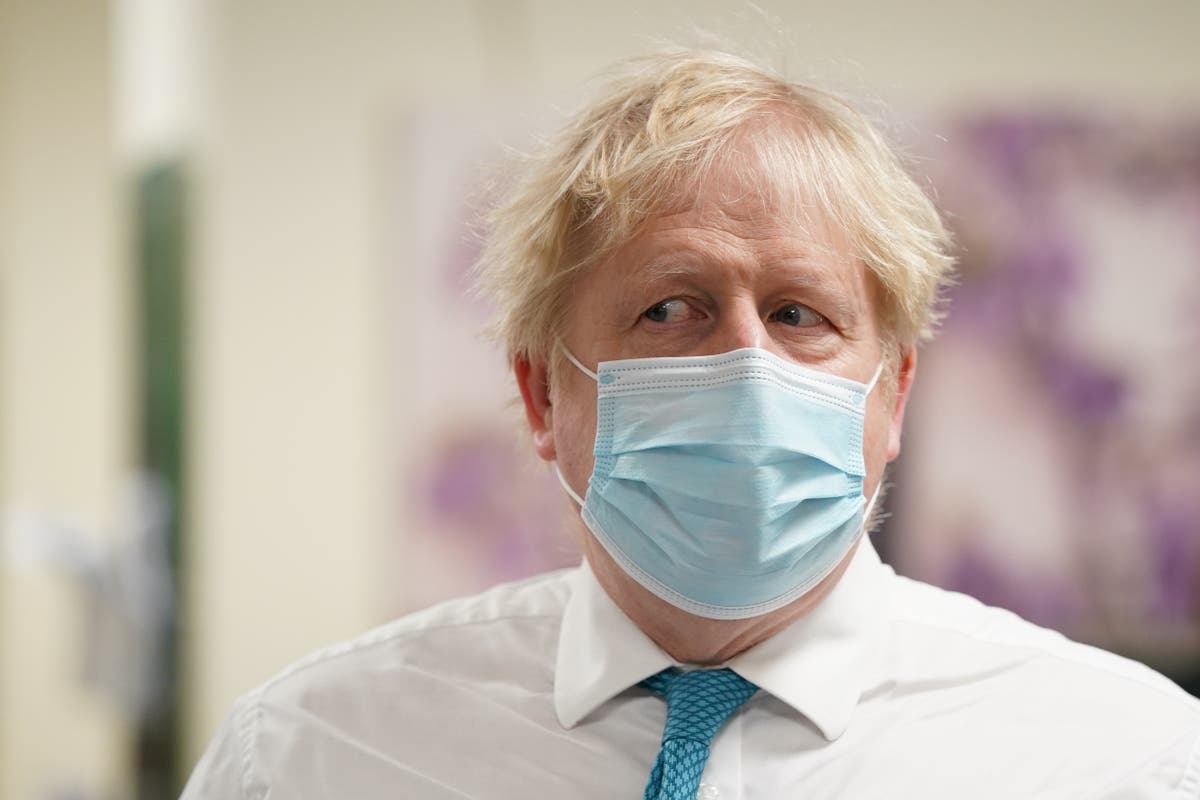 A Tory MP has admitted it was incorrect for him to claim more people died in road crashes than from Covid.

Former cabinet minister Sir Desmond Swayne raised a point of order in the House of Commons to correct the record on Tuesday night.

On December 14, Sir Desmond told a debate on coronavirus restrictions that people had to decide what their “risk appetite” was rather than the government.

He said: ‘Despite the carnage on our roads, which is certainly killing more people than Covid right now, some of us still decide to drive. It’s a matter of opinion.”

Downing Street has confirmed that Chris Pincher has been given the role of Deputy Chief Whip in the reshuffle.

The Tory MP for Tamworth has been moved from his previous post as minister at the Department for Upgrading, Housing and Communities.

Mr Pincher’s appointment marks a return to a position he previously held during Theresa May’s tenure at No 10.

Javid says Spencer will ‘do a really good job’ after reshuffle

Health Secretary Sajid Javid said Mark Spencer, who rose from chief whip to become the new leader of the Commons in the reshuffle, “will do a very good job in the post he has been given”.

Mr Spencer is currently being investigated by the Cabinet Office over allegations he told Tory MP Nusrat Ghani that she had lost her ministerial post because her Muslim faith was making people feel bad easy.

Mr Javid, speaking after a visit to hospital in east London, said: ‘The investigation referred to is being carried out by the Cabinet Office.

“It is also fair to put on the record that Mark, who is a friend and colleague, and Nusrat Ghani, who made the allegations and they are both friends and colleagues, whom Mark said he did not acknowledge none of these words attributed to him.

“He is a friend and a colleague and I think he will do a very good job in the position he has been given.”

Javid heckled by a member of the public in east London

Health Secretary Sajid Javid was challenged by a member of the public as he said ‘the protesters themselves’ are to blame for abuses targeting Labor leader Sir Keir Starmer.

Mr Javid, who had just visited the Mile End Diagnostics in east London on Tuesday, was answering questions from the press at the scenes in Westminster which saw Sir Keir needing the police to escort him to safety.

Asked if Boris Johnson should apologize for his controversial attack on Sir Keir on Jimmy Savile, Mr Javid said: ‘I saw these scenes yesterday of Keir Starmer and David Lammy.

“First of all, I think what happened to them was completely disgraceful in every way. No politician in our country, no matter who they are, should have to put up with such a thing.

A passing cyclist then repeatedly shouted “well, why doesn’t Boris apologize for what he said?”

Mr Javid continued: ‘I think though when you look at what happened, the people to blame are the protesters themselves.’

The Archbishop of Canterbury has condemned Sir Keir Starmer and David Lammy’s rowdiness outside the Palace of Westminster as “shocking, disturbing and utterly abysmal”.

In an address to the General Synod of the Church of England on Tuesday, Justin Welby said: “It is in recognizing and hating its enemies that the body politic will find its own common conscience.”

“From individual events like the shocking, disturbing and utterly abysmal harassment of Keir Starmer and David Lammy yesterday to threats of war in Eastern Europe to actual wars around the world.

“Do we not see societies forgetting God and therefore existing through the creation of an enemy?

The Ministry of Foreign Affairs targeted by a “serious security incident”

The Foreign Office has been “the target of a serious cybersecurity incident”, according to a public tender document.

The document did not describe what happened or who performed it, but said “urgent support” was needed to “support the repair and investigation”.

He added that BAE Systems Applied Intelligence had been called in to deal with the incident and had been awarded more than £467,000 for their work.

The document states that the required work involved “supporting business analysts and technical architects to analyze an authority cybersecurity incident.”

The company’s contract was completed on January 12 this year, although it has not been confirmed when the incident happened or how much damage was caused.

Some news from today’s redesign.

MP Wendy Morton has been appointed Minister of State at the Department for Transport, Downing Street has announced.

She had previously served as a parliamentary undersecretary in the same department.

Gove refuses to say if PM should apologize for Savile jibe

Leveling Up secretary Michael Gove declined to say whether Boris Johnson should apologize for his Jimmy Savile jibe directed at Sir Keir Starmer.

Speaking at the Convention for the North in Liverpool, he was asked if the Prime Minister should withdraw his remarks following the slurs directed at the Labor leader on Monday night by protesters.

Mr Gove replied: ‘This is a particularly sensitive issue and I think the sooner the debate moves forward the better.’

Downing St says reshuffle will improve links between No10 and Parliament

The Prime Minister’s official spokesperson said: “As the Prime Minister said last week, it is important that we both make immediate changes to improve both the functioning of Operation No 10 and the work of the Cabinet Office, and other changes to strengthen Cabinet government and improve that vital link between No 10 and Parliament.

“Today’s changes will strengthen that bond. We’ve made changes to the Whips’ Office, improving engagement with MPs and helping drive the government’s ambitious agenda forward.

“We have a new Minister for Brexit Opportunities, a role that has been created to drive forward the changes we are able to make now that we have left the EU, delivering our post-Brexit agenda in Whitehall.”

She said: ‘Thank you to Keir Starmer and David Lammy, who will know more about these far-right attacks than most of us, for the way they conducted themselves.

“I personally had the experience of being confronted in the street with the extreme right, it is not pleasant, it is deeply unpleasant, and I am sure that they will have been deeply shaken by it.

“I think they deserve credit for the way they handled it.”

She added: “Now is the time to decide that this is not acceptable in our politics.

“Scrutiny of politicians is essential in our democracy, but when it crosses the line and becomes incitement to hatred and abuse, something has gone wrong and it’s time to draw a line in the sand and say that we cannot allow this to continue. .”