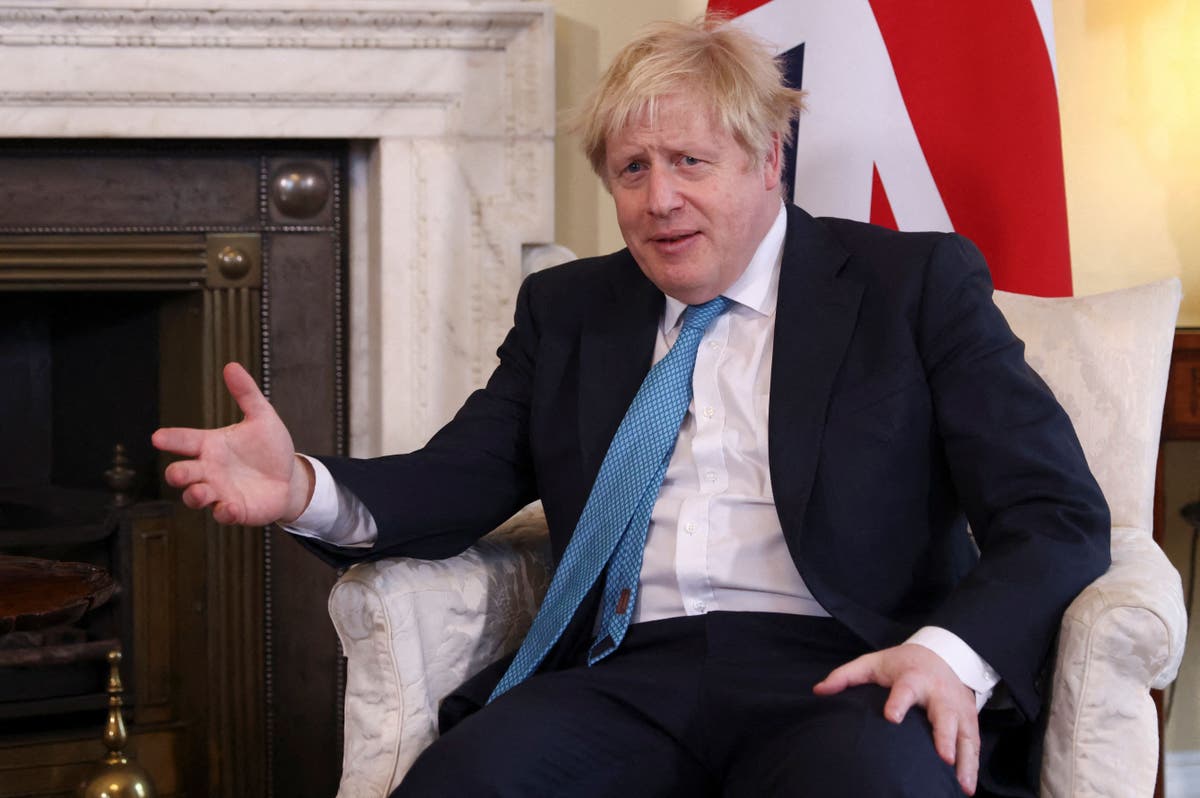 Labour’s shadow chief secretary to the Treasury, Pat McFadden, said the debate should shift to past remarks by Jimmy Saville of Boris Johnson.

Asked about the president’s comments, Mr McFadden told Sky News: ‘The truth is the more you and I talk about this, in a way, that’s what Boris Johnson wants. he wants to continue this debate, I think he is quite happy that this slanderous rumor is spreading.

“And actually what I’d rather talk about – of course you can ask whatever you want – but there’s a lot going on in the world. We have high energy prices, we have NHS history Who’s Waiting Lists that were announced yesterday where people are waiting much longer for treatment, we have major fraud and crime issues that we’re talking about today.

“And to be honest, that’s what we want to focus on rather than continuing the debate about what happened on Monday, unpleasant as it is.”

Sadiq Khan has warned Met Commissioner Cressida Dick that she only has “days or weeks” to come up with a plan to tackle racism and misogyny in her strength or lose her support.

The mayor said there had been a large number of cases which had caused Londoners to have less faith in the police service “than they should have”.

He told BBC Radio 4 he saw Ms Dick ‘regularly’, adding: ‘Next time I see her I will expect to see an answer to the two big questions I asked.’

“So the first part of what I’m waiting to see is – what’s the response from the commissioner as to how she intends to address the culture, address the situation, where too many police officers are behaving in an unacceptable way? “

Sadiq Khan: I would have told them I was HIV positive

Following Gillian Keegan’s tweet, the Mayor of London claimed he would have announced that he had tested positive.

He told Sky News: ‘The consequences of passing this on to a vulnerable person means they could then pass it on further.

“I would always be on the side of caution.”

MP apologizes for staying in meeting despite testing positive for Covid

Minister of State for Care and Mental Health Gillian Keegan today posted a tweet revealing she had tested positive for Covid.

At the time of her result, she was talking to fathers who had lost their daughters to suicide.

She said: ‘When I was told my test was positive, I was listening to three fathers who had tragically lost their daughters to suicide. I told them the result and took other precautions but with their consent I stayed for a short time to hear their stories.

Impact of Brexit on the NHS

Discussing the staff shortages within the NHS, LBC host Nick Ferrari said the high number was a consequence of Brexit.

In response, Mr Argar insisted the drop in numbers was not due to Brexit.

He added: “We have seen EU citizens continue to work in this country, but it is a complex picture.

Edward Argar: The pandemic has had a big impact on NHS waiting lists

Speaking to LBC’s Nick Ferrari, Health Minister Edward Argar said the government was ‘realistic’ about reducing the number of people waiting for operations.

He said in July this year no one should wait more than two years, although he admitted it was a “long wait”.

He added: “The Prime Minister has decided to tackle the NHS waiting list in 2019.

“What we need to do is make sure it’s not just money inflows but also outflows.”

It comes as six million people await NHS treatment, a number that is likely to rise, Health Secretary Sajid Javid has revealed.

The cross-party Public Accounts Committee (PAC) said it was concerned about trade when passenger traffic spikes in the wake of the pandemic.

In its report, the PAC said the main impact of Brexit on UK businesses so far had been red tape and delays at borders.

PAC Chair Meg Hillier said: ‘One of the big promises of Brexit was to free up UK businesses to give them the breathing room to maximize their productivity and contribution to the economy – even more so desperately needed now on the long road to recovery from the pandemic.

“Yet the only detectable impact so far is increased costs, paperwork and border delays.”

Tory donor John Armitage said the Prime Minister’s time in office was up in an interview on Wednesday morning.

Mr Armitage, who has donated £500,000 since Boris Johnson became leader, said the lack of honor in politics is ‘incredibly painful’.

Following his comments, a source told the BBC’s Laura Kuenssberg: “He is late. The Prime Minister is making the necessary changes to enable him to deliver on what he promised the people in the last election.

Following Tuesday’s mini reshuffle, Mr Argar insisted he was privileged to be in his current role.

He said: “It has been a huge privilege for me to be Minister of Health, especially during the pandemic.

“I will serve wherever the country is asked of me.”