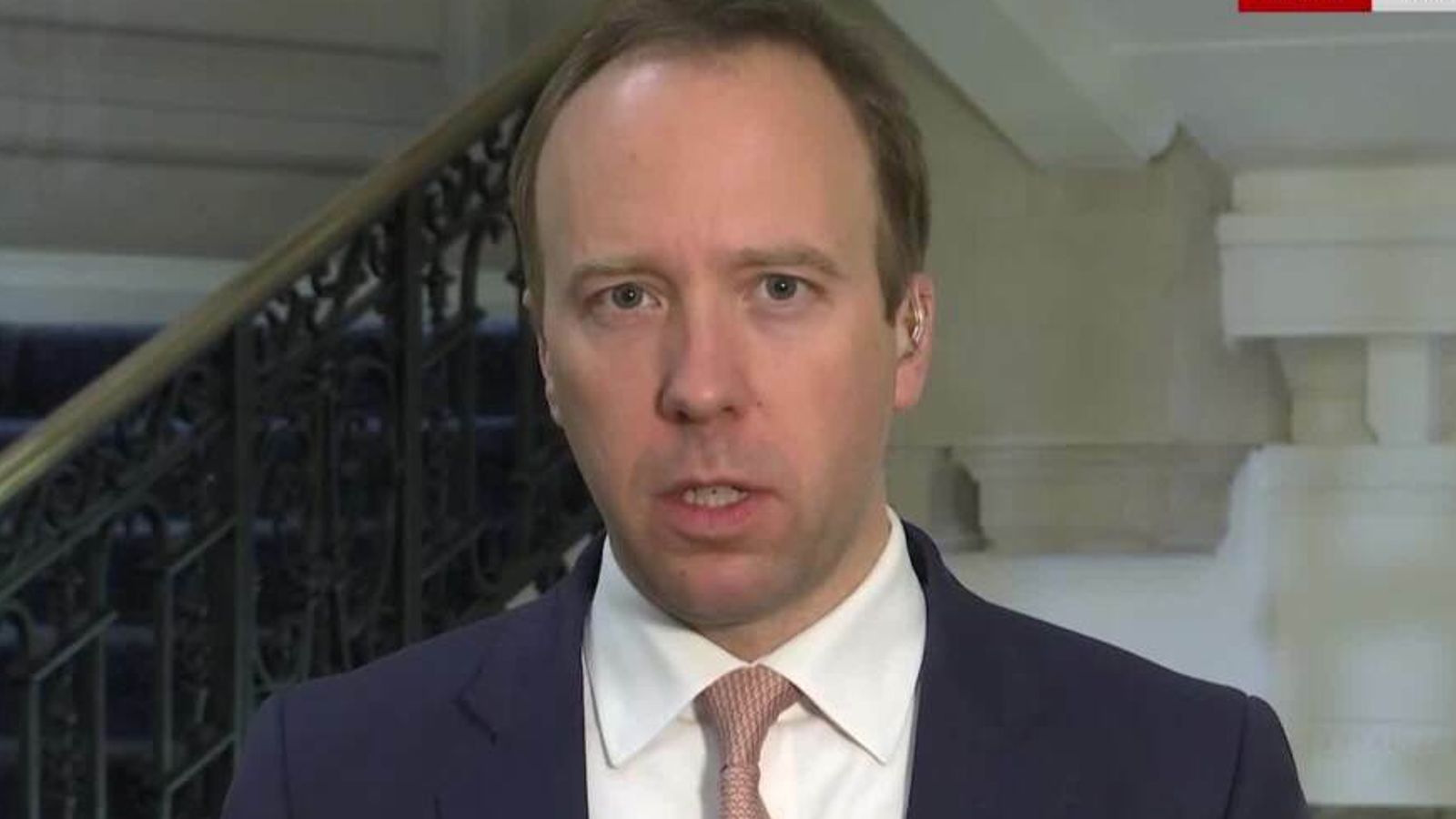 Hancock, who resigned from government last June after admitting breaking COVID rules, told The Sun on Sunday he would be housing the family – and their four dogs – at his home in Suffolk, as part of the Homes for Ukraine scheme.

The Tory MP said he was helping a constituent whose mother, two sisters, niece, nephew and partner and nephew’s grandmother are heading to the UK.

He told The Sun on Sunday: ‘I went into this instinctively making an offer to a constituent who was desperately needed by the family.

Mr Hancock, who will house the family for six months, said the visa process was a ‘challenge’.

It comes after another Tory politician, Victoria Prentis, became the prime minister of the government welcome a Ukrainian refugee.

Vika, 25, who had previously met Ms Prentis’ daughter in Ukraine, fled the southern city of Kherson.

Separately, another Tory MP, Alicia Kearns, told The Sunday Times that at least ten other Tory politicians have sponsored Ukrainian refugees to come to the UK, but only two have managed to get them here. until now.

Ms Kearrns, who has helped match Ukrainians with British families, is herself waiting to host a Ukrainian MP’s wife and sister, who each have a child.

Last week, the MP told Sky News that the government ‘could have gone further, faster’ to help Ukrainian refugees and that she is still concerned about the length of visa forms and the fact that they are not in Ukrainian.

She told The Sunday Times that she had put five other Tory MPs in contact with family members of Ukrainian parliamentarians, but none had yet arrived.

Expressing frustration at the delays, she said: ‘If Tory MPs can’t get people here, what hope do other people have right now?’

Other MPs, including Transport Secretary Grant Shapps and Labour’s Louise Haigh, also said they would take in refugees.

Crossbench counterpart Baroness Finlay of Llandaff, who is providing space in her Cardiff home for a mother and two children, said she had been waiting three weeks for their visas to be issued under the Homes for Ukraine scheme.

She called the visa program “unwelcoming” and said it added to the trauma of refugees.

Home Secretary Priti Patel apologized last week and expressed frustration at the time it took to put the visa scheme in place, but Home Secretary Kit Malthouse told Sky News it was now “the automobile”.

Latest figures showed just 12,000 people had arrived in the UK under two schemes to help those in the war-hit country, after nearly 80,000 applications.