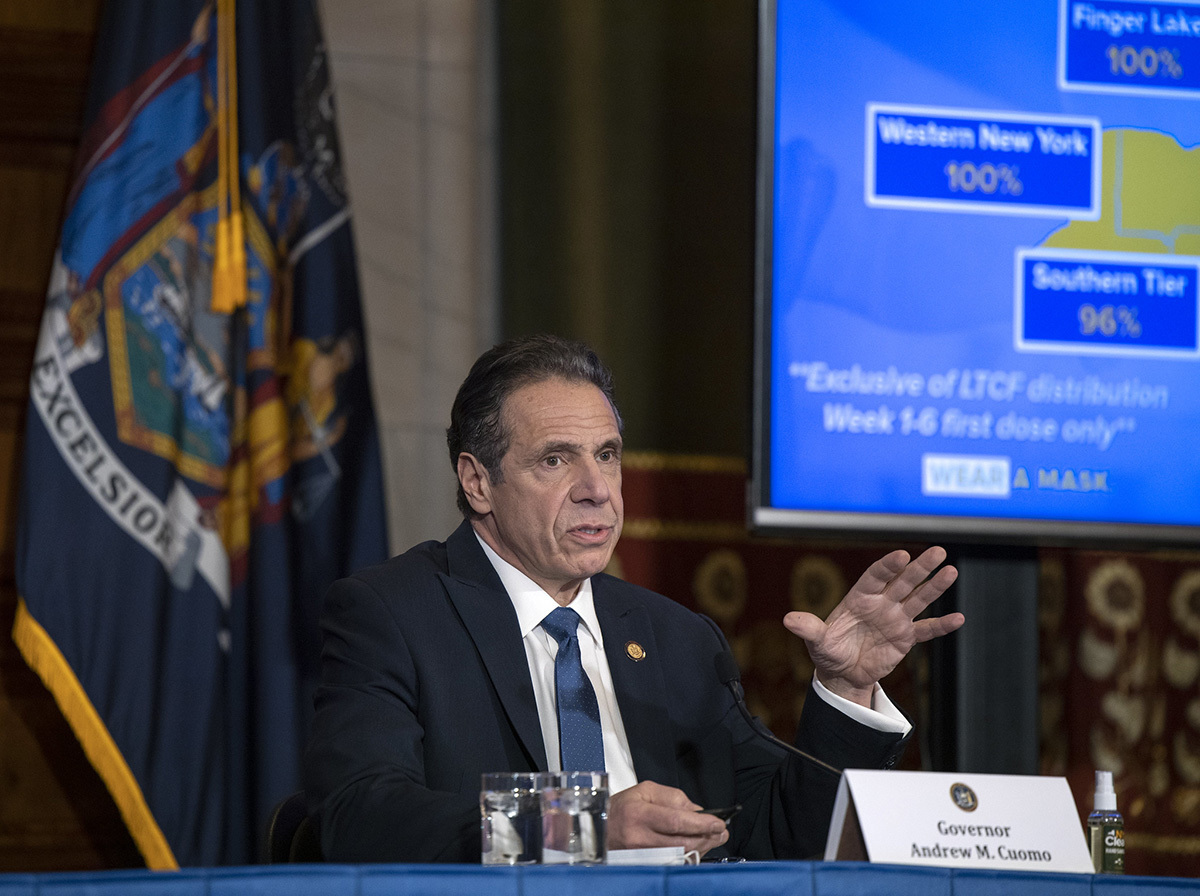 The New York Office of the State Comptroller released an audit on Tuesday that looked into the former governor’s response to the coronavirus pandemic in New York.

Specifically, auditors examined how the state health department dealt with COVID-19 cases in state nursing homes, which was a source of controversy while Cuomo was in office.

“Providing access to government data engenders transparency and promotes public trust. While the Department’s duty is to act solely to promote public health, we determined that, rather than providing accurate and reliable information during a public health emergency, the Department instead conformed its presentation to the Executive’s narrative, often presenting data in a manner that misled the public,” the report states.

Cuomo’s Health Department “misled the public” when it came to presenting data on nursing home deaths and “was not transparent in its reporting of COVID-19 deaths at nursing homes,” the audit concluded.

“Whether due to the poor-quality data that it was collecting initially or, later, a deliberate decision, for certain periods during the pandemic, the Department understated the number of deaths at nursing homes by as much as 50%.”

Poor funding over the past decade was also a likely factor in the Health Department’s failure to report accurate numbers. The audit noted that “by all accounts,” department staff “worked tirelessly throughout the pandemic.”

New York State Comptroller Thomas P. DiNapoli said in a statement that people were “misled by those at the highest level of state government through distortion and suppression of the facts when New Yorkers deserved the truth.”

“Families have a right to know if their loved one’s COVID-19 death was counted, but many still don’t have answers from the state Department of Health,” DiNapoli stated.

“An important step would be for DOH to provide the families who lost loved ones with answers as to the actual number of nursing homes residents who died. These families are still grieving, and they deserve no less.”

In response to the audit, a spokesperson for Cuomo provided CBS News with a statement expressing suspicion about the intentions and timing of the report’s release.

“As the number of out of facility deaths were reported last January this is not news, however what is peculiar is the Comptroller’s release of this audit now — but no one has ever accused him of being above politics,” the spokesperson stated.

In March 2020, near the beginning of the pandemic, Cuomo had approximately 9,000 recovering COVID-19 patients transported to hundreds of nursing homes throughout the state.

Cuomo received much criticism for the decision, as many argued that his move resulted in the deaths of thousands of elderly residents who were especially vulnerable to the virus.

These revelations, combined with multiple allegations of sexual harassment committed by Cuomo, led to mounting calls for his resignation. Cuomo resigned in August 2021.

It has been reported that Cuomo is considering a primary election run to regain his old office, which Gov. Kathy Hochul now occupies. In recent weeks, Cuomo has also released two television advertisements seeking to improve his public image.