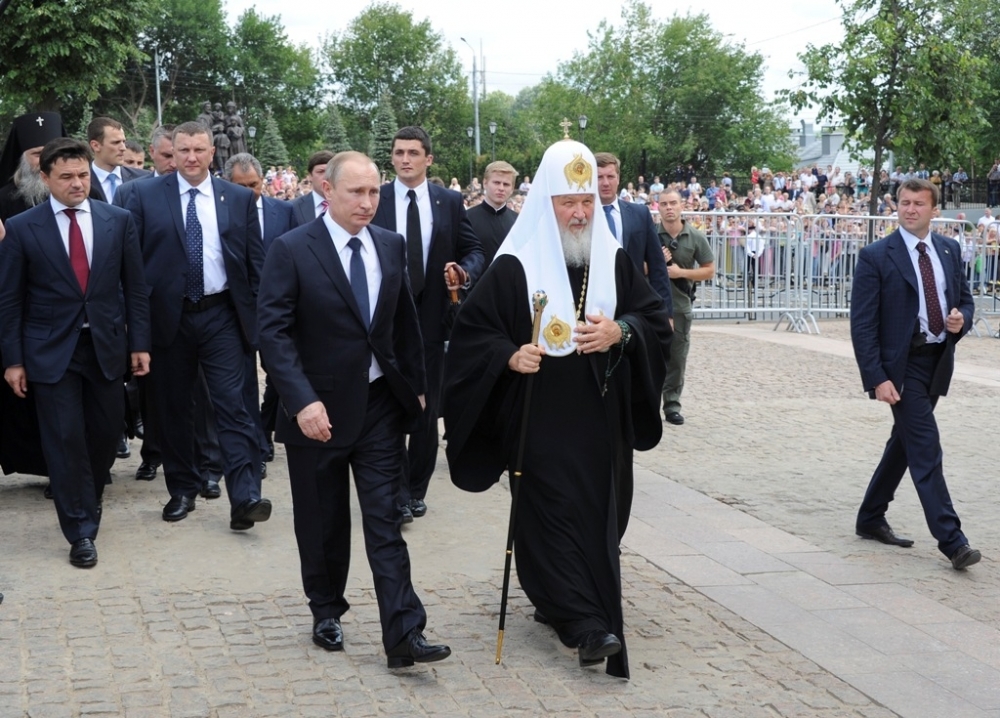 The Orthodox Public Affairs Committee and a Ukrainian archbishop are calling for sanctions to be imposed on the leadership of the Russian Orthodox Church, alleging they are “accomplices” in the Russian invasion of Ukraine.

OPAC, which exists to “provide public advocacy to the worldwide Orthodox Christian Church, and to promote, support, advocate and defend Christian communities worldwide in the face of persecution, exclusion and prejudice”, said released a statement on Monday condemning the Russian government’s response. Orthodox leadership to the invasion.

The statement comes nearly a month after the start of the invasion, which has caused a massive humanitarian crisis in Eastern Europe as hundreds of civilians have been killed and more than 10 million have been displaced from their homes.

“Patriarch Kirill, his possible successor, Metropolitan Tikhon of Pskov, Metropolitan Hilarion of Volokomansk, who heads the public relations wing of the Moscow Patriarchate; the Department of External Church Relations (DECR) and the Reverend Nikolai Balashov, a DECR priest and longtime accomplice of Kirill, are all complicit in not only supporting the invasion of Ukraine, but also in perpetuating the lies government against their own people,” the OPAC statement read.

The group, founded in 2020 and led by a former Trump White House official, says Russian Orthodox leaders “have abandoned the Orthodox people of Ukraine, who make up 1/3 of their flock, and are equally guilty of the death of innocents”. children and civilians than soldiers acting on orders from the Kremlin.

The committee said “the idea that this invasion was for the benefit of the Ukrainian people would be laughable if it were not accompanied by such horrific war crimes”.

“As OPAC, we cannot sit idly by and listen to the lies of these so-called ‘shepherds’ of the Church of Russia, who act more like wolves in sheep’s clothing,” OPAC asserted. .

“Like all other oligarchs and government officials in Russia, these clerics must be punished now and held accountable for their betrayal of the Orthodox faith and their complicity in this unjust and bloody war.”

OPAC’s call for sanctions against Russian Orthodox Church leaders comes more than three weeks after Patriarch Kirill called Ukrainians retaliating against Russian soldiers as ‘forces of evil’ who were fighting ‘the ‘unity of Russia and the Russian Church’.

The OPAC was launched in November 2020 and led by George Gigicos, who served as the director of the White House Office of the Presidential Advance under President Donald Trump. The organization was founded to “expose and fight the persecution of Christians around the world” and says it stands up for all persecuted Christians.

Archbishop Yevstratiy of Chernihiv and Nizhyn of the Autocephalous Church of Ukraine also called for sanctions against Russian Orthodox Church leaders for their comments on the Russian invasion of Ukraine last week, reported The Orthodox Times.

Yevstratiy, who serves as the spokesperson for the Orthodox Church of Ukraine, specifically called for sanctions against Patriarch Kirill, Metropolitan Hilarion of Volokolamsk, Father Nikolaos Balasov and Metropolitans Tikhon Pskov and Porkhov.

“Four members of the Russian Orthodox Church are as guilty as Russian ministers, propagandists [sic]and [Russian President Vladimir] Putin’s oligarchs who have already been included in the sanctions list,” he said.

Yevstratiy argued that Russian Orthodox Church officials “must be included in the international and Ukrainian sanctions list, as active members of the Kremlin regime, responsible for planning, executing and facilitating the war in Ukraine”.

Moreover, Yevstratiy referred to the aforementioned leaders as “main proponents of the idea of ​​the ‘Russian world’, a neo-imperialist plan which created the ideological background for Russian aggression against Ukraine”.

“All the above-mentioned individuals, due to their functions and the system that has been created in Russia between the State and the Church, undoubtedly maintain constant contact with the Russian special services, with government officials and with the presidential administration of the Russian Federation.”

The 1994 agreement stipulated that Britain, Russia and the United States would protect Ukraine if attacked by a hostile foreign power and pledged to respect its “territorial integrity or political independence”.

Although the memorandum includes assurances of protection, it does not have the same weight as a legally binding agreement and does not involve any enforcement measures.

Following the Russian invasion of Ukraine, US President Joe Biden announced a series of sanctions that the United States, along with a coalition of allied nations, would impose. The sanctions apply to “Russian elites” who have “personally benefited from Kremlin policy” and Russian banks. “All the assets they have in America will be frozen,” he promised.

Calls for sanctions against Russian Orthodox Church leaders come as Biden travels to Europe this week and will meet with NATO allies to discuss the international response to Russia’s actions.

The White House has listed discussions of “efforts to support Ukraine and impose severe and unprecedented costs on Russia for its invasion” as part of the agenda for the president’s trip, which will include stops at Brussels, Belgium, as well as Warsaw, Poland.

The Biden administration is preparing to sanction hundreds of Russian lawmakers. The Wall Street Journal reports that an announcement could come Thursday.

There has been a rift between the Russian Orthodox Church and the global Orthodox community in recent years.

The Ecumenical Patriarch of Constantinople, who holds authority over the world’s 300 million Orthodox believers, recognized the Ukrainian Orthodox Church as independent in 2019, meaning Ukrainian Orthodox churches no longer fall under the Patriarch’s jurisdiction. of Moscow Cyril.

The Russian Orthodox Church voted months before cutting ties with the Patriarchate of Constantinople after a Ukrainian church gained independence.

After the Ukrainian Orthodox Church was granted autocephaly, several churches under Moscow’s jurisdiction severed their ties with the Russian Church, moves that “increased Russian nationalist sentiments,” according to James W. Carr, commissioner of the American Commission for International Religious Freedom.

“The Russian government uses distortions of religious history to support its claim that Ukrainians do not have an independent ethno-religious identity or state tradition,” Carr warned earlier this month in a statement. statement expressing concern that the religious freedom of Ukrainian Orthodox believers is “in danger”. “

India wants a different policy – and a leader to implement it