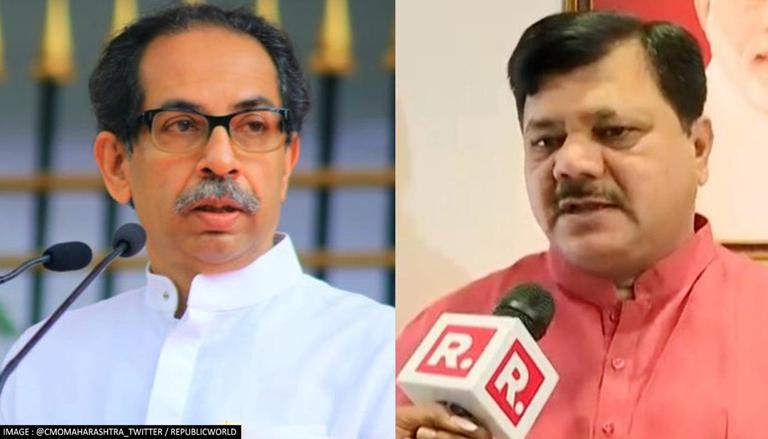 Pravin Darekar cries foul on more than 160 GR passed by MVA in the midst of a crisis; denounces the “minority government”

As the MVA government is on the verge of collapse, Leader of the Opposition in the Legislative Council Pravin Darekar has written to Governor of Maharashtra Bhagat Singh Koshyari asking for his intervention on the unusually high number of Government Resolutions (GRs) and circulars issued by the government led by Uddhav Thackeray. amid political uncertainty in the state. Speaking on the matter, Pravin Darekar has now claimed that the GRs issued were fake and demanded action against them.

According to Pravin Darekar’s letter, around 160 government resolutions were issued by the MVA, which appeared “suspicious”. Darekar asked the governor to intervene in the matter and put a stop to the GRs. Speaking exclusively to Republic on the letter, the BJP leader said he would write another letter demanding action if needed. “The MVA government is making hasty decisions. I wrote about it to the governor,” Darekar said.

“The MVA government has issued many GRs. I wrote a letter to the governor. The governor intervened in the matter on a letter written by me,” he said. Further alleging foul play in this case, Darekar said that “action should be taken against the bogus GRs that have been issued by the state government. There should be no room for corruption in the State,” he said while adding that there is a likelihood of corruption. He also said that “the government is a minority” in the current scenario.

Earlier on June 24, the leader of the opposition in the Legislative Council, Pravin Darekar, wrote to Koshyari seeking his intervention on the unusually high number of GRs issued by the government led by Uddhav Thackeray amid political uncertainty in the state. The letter read: “Some 160 government resolutions have been issued by the MVA in the past 48 hours, which appear suspicious. I’m asking you to intervene in this matter and put a stop to it.”

Following this, Maharashtra Governor Bhagat Singh Koshyari requested information on all GRs and circulars issued from June 22-24. It also came after NCP- and Congress-controlled ministries reportedly issued GRs for releasing funds worth hundreds of crores for development-related works even after the rebellion in Shiv Sena on June 21. According to the sources, the letter sent by Koshyari’s Principal Secretary, Santosh Kumar to the Chief Secretary of Maharashtra requested the above information under Article 167 of the Constitution. This article empowers the Governor to request information relating to the administration of the affairs of the State and proposals for legislation.