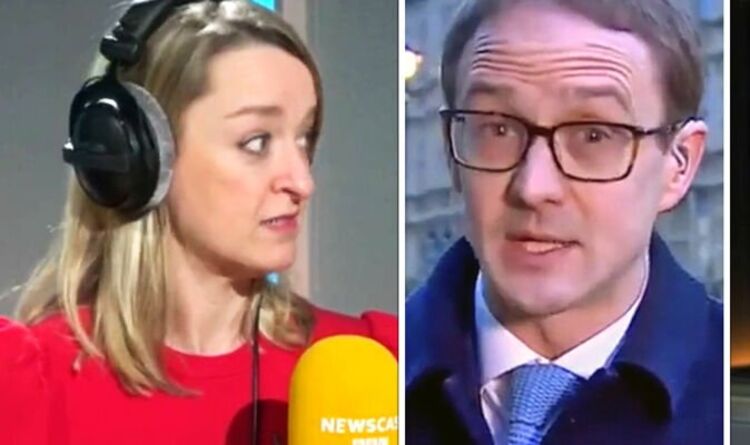 The 41-year-old will succeed Laura Kuenssberg next month after spending more than a decade as a political correspondent at the broadcaster. During this period he reported from Westminster on TV, radio and online and presented the BBC Radio 4 program Any Questions? since 2019.

Mr Mason, from Yorkshire, said it was “a huge privilege” to take on “the most extraordinary job in British broadcasting and journalism”.

He said: “What an immense privilege to take on what for me is the most extraordinary job in British broadcasting and journalism.

“I climb on the shoulders of giants like Laura, Nick (Robinson) and Andrew (Marr) with a hint of trepidation and a dose of excitement and enthusiasm.

“Leading the best team of journalists in the business on the best newscast of the bunch is something I would never have dared to dream of. I am excited to begin.

Her final assignment as a political editor will be covering the local elections in May.

Originally from Yorkshire, Mason began his career as an ITN trainee before spending time as a BBC Radio 5 Live political reporter.

In recent years he has been co-host of the political talk show Brexitcast and still appears regularly on Newscast.

Ms. Kuenssberg was among those who congratulated him.

She tweeted: “Congratulations and welcome to the best day job in the business, colleague, great friend and of course #presenter ChrisMasonBBC.”

Sky News Political Editor Beth Rigby added: “What a great choice. Congratulations ChrisMasonBBC and welcome to the role of Pol Ed – the best and busiest beat in the business.

“I can’t wait to see you much more Chris!”

He tweeted: “Congratulations to one of the best in British broadcasting – Chris will be an absolute asset to the BBC in this role.”