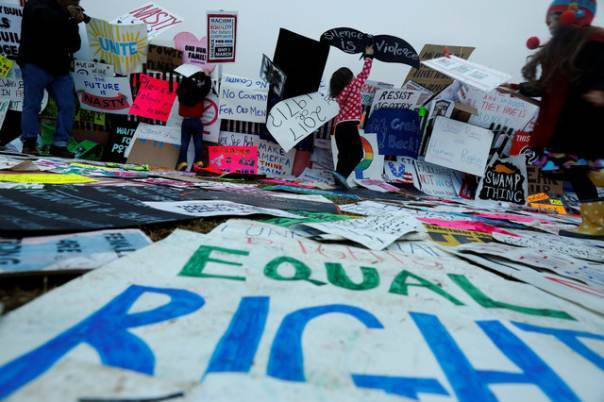 Virginia withdraws from legal battle to have ERA ratified

Virginia has pulled out of a legal battle to get the Equal Rights Amendment added to the US Constitution, an amendment that pro-life activists fear will constitutionally cement legal access to abortion and create obstacles to religious freedom.

Litigation supporters claimed that when Virginia became the 38th state to adopt the ERA in 2020, the amendment garnered support from the necessary number of states to take effect even though the ratification deadline had expired a while ago. decades.

Judge Rudolph Contreras, appointed to the bench by former President Barack Obama, disagreed with their analysis and dismissed the case last March.

Christopher Schroeder, assistant attorney general in the Biden administration’s office of legal counsel, agreed that the deadline had passed for the ERA’s ratification. Miyares’ office cited the opinions of Democratic-appointed lawyers to justify withdrawing the lawsuit.

“Given that a Democratic-appointed judge and the Biden administration all concluded that the ERA ratification deadline was passed decades ago, Virginia will no longer participate in the ERA lawsuit with the Illinois and Nevada,” Victoria LaCivita, communications director for Miyares, said in a statement to The Washington Post.

“Any further participation in this lawsuit would undermine the US Constitution and its amendment process,” she added.

First conceived in the 1920s, the United States House of Representatives approved the ERA in 1971, followed by the Senate in 1972.

After gaining the requisite two-thirds support from both houses of Congress, the ERA was submitted to the states for ratification. To enter into force, the ERA had to receive the support of three-quarters of the States, or the equivalent of 38 out of 50, within seven years. The deadline was eventually extended to 1982.

The proposed amendment stated that “equal rights under the law shall not be denied or restricted by the United States or any state on the basis of sex.” Although the ERA failed to get the 38 states needed for ratification by 1982, three states, including Virginia, recently passed the amendment, concluding that the delay was not an issue. Nevada ratified the amendment in 2017 and Illinois approved the ERA in 2018.

While supporters of the proposed constitutional amendment see it as a necessary step to enshrine equal rights for women in the Constitution, critics warn of its implications for religious freedom.

For example, the National Committee for the Right to Life argued that the ERA was a “constitutional stealth missile” to legalize abortion permanently.

“The ERA is a stealth missile with a legal warhead that could be used to attack any federal, state or local law or policy that in any way restricts abortion,” said Douglas D. Johnson, Senior Policy Advisor of the NRLC, in 2021.

“Abortion advocates failed the constitutional amendment process provided for in Article V of the Constitution – the ERA expired without ratification over 40 years ago – so now they are trying to achieve their goal by brazen political means, hoping to convince the courts to ignore the fragility of their constitutional claims.

Additionally, Mat Staver of the Christian conservative legal nonprofit Liberty Counsel expressed concern in a previous interview with The Christian Post that the ERA could “be used as a hammer against religious organizations, including churches. , to provide abortions or abortion-inducing drugs or devices”. and “include LGBT programming that would conflict with churches and religious organizations over biblical doctrines and beliefs of men and women in uniquely created and complementary sexes”.

The lawsuit Virginia just withdrew from is not the only legal effort to add the ERA to the Constitution.

In 2020, feminist groups Equal Means Equal and the Yellow Roses joined a Massachusetts woman named Katherine Weitbrecht in filing a lawsuit against the National Archivist of the United States, David Ferriero, for his refusal to add the ERA to the American Constitution.

In late June 2021, a three-judge panel of the United States Court of Appeals for the First Circuit issued a unanimous decision against the groups, arguing that they lacked standing to sue.

“Equal Means Equal and The Yellow Roses do not purport to presume their status here on any benefit denied to them by the defendant’s impugned actions in the manner in which the plaintiffs in these three cases did,” the trial judge wrote. circuit. David Barron on behalf of the panel, upholding a lower court ruling.

“Instead, they base their position on the risk of harm they claim to face as a result of the Archivist’s failure to release the ERA. Thus, these precedents do not support the conclusion that the plaintiffs are plausibly asserting the conditions required to act. »