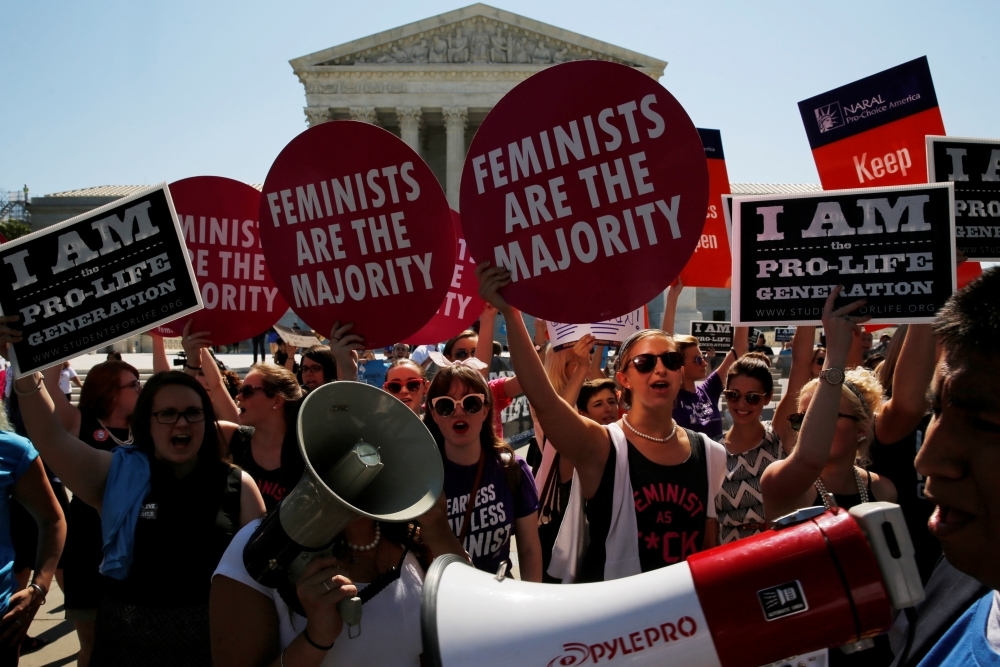 The Pew Research Center released the results of a survey examining Americans’ attitudes toward abortion on Friday, four days after Politico released a draft majority opinion in the case of Dobbs v. Jackson Women’s Health. The draft opinion, written by Supreme Court Justice Samuel Alito, says a majority of justices concluded that Roe vs. Wadethe 1973 Supreme Court decision that legalized abortion nationwide was “grossly wrong” and “must be overturned”.

Pew conducted the investigation from March 7 to March 13, three months after the closing arguments Dobbs the case was over and about a month after Alito wrote the draft notice in the case centered on Mississippi’s 15-week abortion ban. The survey found that overall, 8% of Americans think abortion should be illegal in all cases without exception, while 19% of Americans think the killing of unborn babies should be legal in all circumstances. without exception.

Disaggregated by religious demographics, the results revealed that 21% of white evangelicals wanted to ban abortion completely while 5% expressed a desire for abortion to be legal in all cases. Among Catholics, 13% indicated support for legal abortion in all cases, compared to 10% who wanted a complete ban. Black Protestants supporting legal abortion without exception outnumbered those who wanted to ban abortion without exception by 20% to 7%.

Thirteen percent of mainline white Protestants said they supported legal abortion with no exceptions, compared to 6% who wanted a complete ban. The gap between those who want abortion to be legal in all circumstances and those who want a total ban on the procedure was widest among those not affiliated with religion, with 34% indicating they supported the first position and 2% agreed with the second.

Members of each religious demographic group surveyed specified the specific exceptions to the abortion ban that they favored. Majorities of all religious subgroups agreed with a statement stating that “abortion should be legal if pregnancy threatens the life/health of women”. Those not affiliated with religion showed the greatest support for allowing abortion if a woman’s life or health is in danger at 87%, followed by 77% of mainline white Protestants, 71% of Protestants blacks, 69% Catholics and 51% white evangelicals.

An equal share of Americans with no religious affiliation (87%) said abortion should be legal if the pregnancy resulted from rape, while support for the exception of rape was lower among white Protestants (75 %), black Protestants (71%), Catholics (66%) and white evangelicals (40%). At least half of all religious subgroups argued that “the length of a woman’s pregnancy” should “matter in determining whether it is legal or illegal to have an abortion.”

White mainline Protestants (64%) and Catholics (63%) were most likely to agree with the aforementioned statement, while smaller proportions of white evangelicals (56%), Protestants blacks (50%) and those not affiliated with religion (50%) agreed. . When asked if their religious views were “extremely or very important” in shaping their stance on abortion, 73% of white evangelicals said yes.

In contrast, 51% of Black Protestants, 41% of Catholics, 28% of White Protestants, and 7% of non-religious Protestants cited their religious beliefs as “extremely or very important” in influencing their views on the abortion.

The resignation of the Sri Lankan Prime Minister signals the end of the Rajapaksa era? | Politics News