By Douglas L. Lenz Last updated Sep 13, 2022
Share
Hanoi (VNA) – The following is a brief overview of the day’s events as reported by Vietnam News Agency on September 13.

Phuc praised the results of the talks between Heng Samrin and Vietnamese National Assembly Speaker Vuong Dinh Hue, and the achievements of cooperation between the two legislatures over the past years. Read the full story

– National Assembly Speaker Vuong Dinh Hue attended the launching ceremony of the 2022-2023 academic year of the National Defense Academy, held in Hanoi on the morning of September 13, urging it to strengthen international cooperation.

The academy should further expand its partnership with similar institutions globally, especially in staff training, academic research and the organization of seminars; and attach importance to training senior military officials from Laos and Cambodia, Hue said. Read the full story

– Prime Minister Pham Minh Chinh stressed on September 13 the need to remove all obstacles to tenders and the purchase of medicines, medical equipment and bioproducts during this month in order to avoid rupture of their supply caused by administrative procedures, legal problems or disempowerment of public officials.

Chairing the 17th meeting of the National Steering Committee for the Prevention and Control of COVID-19 which drew the online participation of representatives from 63 cities and provinces in the country, the head of government asked ministries, sectors and localities to review the COVID-19 prevention and control regulations to uncover and eliminate obstacles in the work, while enhancing officials’ sense of responsibility in bidding and contracting. Read the full story

In a September 12 press release following the Australia-Vietnam foreign ministers’ meeting in Canberra co-chaired by Wong and her visiting Vietnamese counterpart Bui Thanh Son, she said Australia and Vietnam had reaffirmed their solid partnership during the event. Read the full story

– The National Strategy on the Development of Vietnamese Cultural Industries is a huge effort by the country in the realization of the UNESCO Convention on the Protection and Promotion of the Diversity of Cultural Expressions (Convention 2005).

The assertion was made by the Chief Representative of UNESCO in Vietnam, Christian Manhart, during a symposium on the five-year implementation of the strategy during the period 2016-2021 held on 12 september.

– The Ministry of Public Security ordered the Vietnam Immigration Department and other overseas agencies to print the “place of birth” information in the annotation section of new passports from of September 15.

This decision aims to create favorable conditions for Vietnamese citizens to enter other countries, as several countries have recently suspended the issuance of visas to holders of the new Vietnamese passports due to a lack of information on the place of residence. birth. Read the full story

— Foreign-funded enterprises in Vietnam are recovering well and focusing on production and business expansion, with disbursements hitting a record high in the first eight months of 2022, according to director of Foreign Investment Agency (FIA) of the Ministry of Planning and Investment, Do Nhat Hoang.

– Members of the Vietnam Automobile Manufacturers Association (VAMA) recorded vehicle sales in August at 30,846, a monthly increase of 2% and an annual increase of 247%.

VAMA reported on September 13 that of the total, the sale of passenger vehicles and special purpose vehicles increased by 9% and 21%, respectively; while that of commercial vehicles saw a drop of 20% compared to the previous month. Read the full story 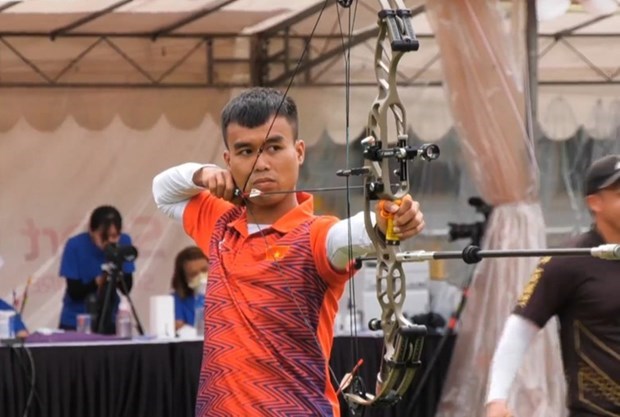