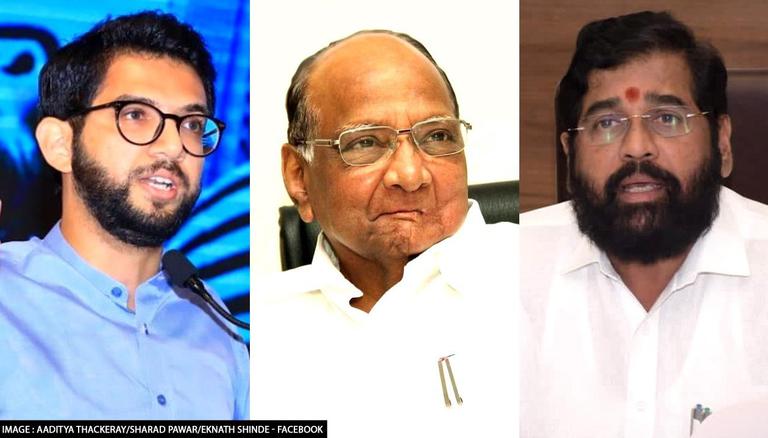 Shiv Sena leader Aaditya Thackeray backed Nationalist Congress Party (NCP) leader Sharad Pawar’s prediction on Monday that the government led by Eknath Shinde could fall within the next six months. He said there is a high probability of midterm polls taking place in Maharashtra and Shiv Sena is ready for it. He added that these MPs are in a bubble and that one day they will have to face the people of their constituency. Aaditya Thackeray has also called the polls of the Speaker of the Maharashtra Assembly illegal.

It is pertinent to note that the newly sworn in Eknath Shinde-Devendra Fadnavis government in Maharashtra won the vote of confidence by a margin of 164 to 99.

“Those who don’t follow our whip have to face action. These MPs are in a bubble and one day they have to meet the people in their constituency. Yesterday’s election of the president was also illegal,” Aaditya said. Thackeray.

Responding to Sharad Pawar’s remark on midterm polls, Aaditya said: “It is most likely going to happen and we are ready for an election whenever it happens.”

Sharad Pawar on Sunday said midterm polls were likely in Maharashtra as the government led by Shiv Sena rebel leader Eknath Shinde could fall in the next six months.

“The newly formed government in Maharashtra could fall within the next six months, so everything should be ready for the midterm elections. Many rebel lawmakers who support Shinde are not happy with the current arrangement. ministerial portfolios distributed, their unrest will break out, which will eventually lead to the collapse of the government,” he said.

Pawar also pointed out that the failure of this experiment will lead to the return of several rebel MPs to their original party. If we only have six months on our hands, NCP lawmakers should spend more time in their respective constituencies, Pawar said.

The newly sworn in Eknath Shinde-Devendra Fadnavis government in Maharashtra won the vote of confidence by a margin of 164 to 99. Apart from MPs from the BJP, Shiv Sena, minor parties and independents, the ruling coalition also won the votes of Uddhav camp MK Santosh Bangar and PWPI lawmaker Shyamsundar Shinde. This implies that 40 of the 55 Sena deputies are now with the government.

On the other hand, the opposition obtained only 99 votes, 8 less than what it had obtained during the election of the president the day before. Meanwhile, 2 Samajwadi party MPs – Abu Asim Azmi and Rais Shaikh, and AIMIM MP Shah Faruque Anwar again abstained. Many Congress MPs such as Ashok Chavan and Zeeshan Siddiqui did not vote in the ground test. This development will usher in the stability of the new government and also raise new questions about the Shiv Sena leader’s hold on the party.