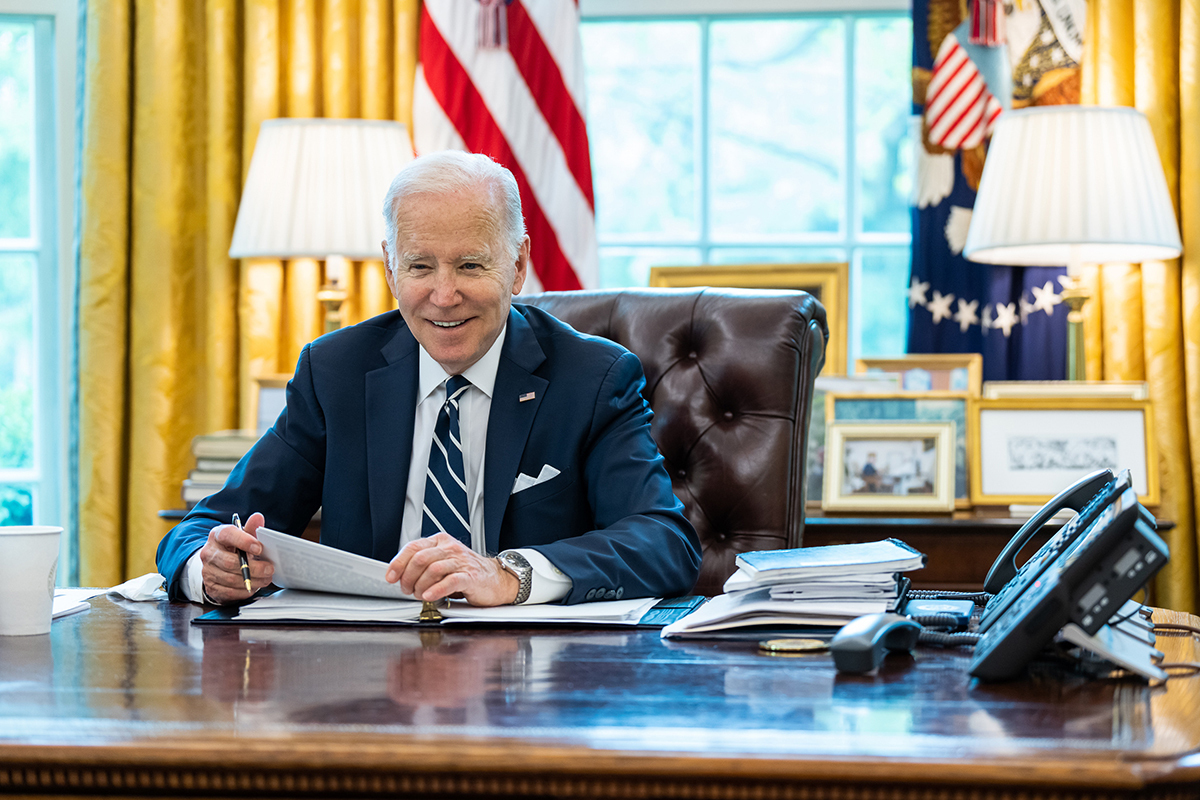 President Joe Biden signed an executive order to ‘protect and expand access to abortion’ in response to several states banning the controversial procedure after the US Supreme Court overturned the Roe vs. Wade decision.

“The policy of my administration remains to support women’s right to choose and to protect and defend reproductive rights. This is essential for justice, equality and our health, safety and progress as a nation,” the order said.

Biden ordered the Department of Health and Human Services to give him a report within 30 days outlining strategies to “protect and expand access to abortion care, including medical abortion.” .

This will include “launching a public awareness initiative”, sharing information with providers about access to abortion, and holding a meeting with “private volunteer lawyers, bar associations and organizations of public interest to encourage lawyers to represent and assist patients, providers, and third parties legally seeking these services across the country. »

“The Attorney General will provide technical assistance, as appropriate and consistent with applicable law, regarding federal constitutional protections to states seeking to provide legal protection to out-of-state patients and providers who provide health care. legal reproductive health,” the order added.

“The Democratic Party of ‘safe, legal and rare’ is long gone. President Biden has once again given in to the extreme abortion lobby, determined to put the full weight of the federal government behind the promotion of abortion,” said President Marjorie Dannenfelser.

“Democrats will stop at nothing to promote their taxpayer-paid, up-to-the-moment abortion-on-demand program — including dangerous mail-order abortion drugs — even if it means dumping the filibuster of long standing, increasing the size of the Supreme Court, or putting abortionists in tents in national parks.

Jamie L. Manson, president of abortion advocacy group Catholics for Choice, applauded Biden’s executive order but added it was only a “first step” to protect access to abortion.

“While much of this requires congressional action, the president has a number of additional tools, including authorizing the use of federal property and resources to provide abortion services and revising agency regulations to maximize access to care, protect patients from discrimination, and anticipate conflicting state laws,” Manson said in a statement Friday.

“Our pro-choice Catholic president is uniquely positioned to push back against the religious stranglehold of the Catholic hierarchy on secular government and affirm, once and for all, that we are a nation that values ​​true religious freedom.”

On June 24, the Supreme Court overturned deer in a 6-3 decision in a Mississippi abortion decision known as the Dobbs v. Jackson Women’s Health Organization, concluding that abortion was not a constitutional right and that states could individually determine their abortion laws.

As a result, several states have already banned elective abortions or enacted greater restrictions, such as legal protection for unborn babies long before they reach viability.