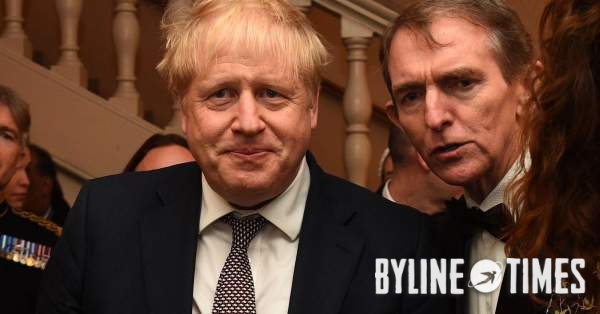 Even Boris Johnson’s harshest critics cannot bring themselves to outright condemn his particular form of journalism. For example, in his excoriation of Johnson in The assault on the truthPeter Oborne rather surprisingly hails him as “by a certain margin the most brilliant political reporters of his generation, with a talent that has at times crossed the line of genius”.

Similarly, its former editor at TelegraphMax Hastings, during a number of devastating reviews, also Bliss as “a magnificent journalist” in the Daily Mail in October 2012 anda great journalist and presenter” four years later.

It is also interesting to note that, according to Sonia Purnell in her book Just Boriswhen Johnson was the Telegraphhead of the Brussels office in the early 1990s and producing the “Euromyths” which would launch his career as a journalist, Hastings would regularly send him “herograms”—notes of congratulations which Johnson would then stick like a triumphal arch above his office door.

The pack of rats

Oborne even credited, though not in a very positive sense, Johnson’s creation of Brussels mythos as the invention of a “new form of journalism” and a “new school of reporting”, arguing that he ” reinvented political language and discourse”. Given the rat pack quality of much of the British press, these myths quickly dominated all conservative newspapers.

However, given their anti-EU stance – which became much more vocal during and after Jacques Delors’ presidency of the European Commission – if Johnson hadn’t invented the model, other journalists most certainly would have. do. Indeed, many people still (wrongly) credit the Sun as their parent.

Oborne also claims that “at the heart of his reporting work was a repudiation of the ethics that had hitherto defined the values ​​of journalists at Westminster: fairness, accuracy, scrupulousness, skepticism, fact-checking”.

He is certainly correct that Johnson’s Brussels journalism abandoned normal journalistic ethics, but these had long been absent from significant sections of Fleet Street (although practiced by some honorable individual journalists in right-wing newspapers, including Oborne himself).

Johnson’s stories were simply the latest iteration of a type of journalism that has a long and disreputable history in sections of the British national press – namely myth-making.

For example, over the previous decade, these same newspapers had concocted a host of equally sinister myths about “goofy left” London councils banning many practices – such as schoolchildren singing “Baa Baa Black Sheep” – at the ground that they were allegedly racist. All of these have been found, after investigation, to be either extremely distorted or totally false – as I demonstrate in my chapter on such myths in Culture Wars: The Media and the British Left.

Long before this assault on the urban left, which can now clearly be seen as foreshadowing the current press war against the “woke” and the “liberal elite”, these newspapers had used this weapon against striking workers, immigrants , ‘scroungers’, travellers, and all the other targets of their long list of hate groups.

It’s the way he tells them

As for Boris Johnson’s journalistic style, he had begun to refine it on the Telegraph even before going to Brussels.

Purnell notes his use of “gloriously old-fashioned phrases, words and humour” and his seasoning of his copy with Wodehousian’s “strange ‘crumbs’ or ‘cripes'” well suited to go with the awkward persona he was perfecting for public consumption.

As Matthew Flinders points out in his contribution to the Hansard Society volume “Britain Votes: the 2019 General Election”, Johnson’s words resonate not because of their content, but because his “carefully crafted appearance” was “endearing”. for large sections of the public. Critics who “call him a buffoon” only “enhance his visibility and populist appeal”.

And, of course, the entire pantomime of the carefully crafted ‘Boris’ schtick he crafted at Eton and performed with aplomb at Oxford and forever after, was crucial to that populist appeal.

Given the benefits of a classical upbringing in which Johnson would certainly have studied rhetoric, none of the stylistic tricks he employs in his journalism are so difficult to master – especially since he has an attitude quite cavalier towards the truth and will say whatever sounds like it. good and helps to establish a rapport with its readers.

Moreover, he would have been acutely aware that his Brussels stories were highly marketable, and therefore career-enhancing and financially rewarding. Indeed, for both ideological and economic reasons, they would be catnip for the kind of newspapers whose idea of ​​journalism, and in particular opinion pieces, is simply to tell their readers what their editors and owners think they want to hear and to confirm them in their biases.

The available evidence suggests that during the Brussels era, Johnson’s ambitions, significant as they were, did not extend much beyond the journalistic sphere. He doesn’t appear to have been an EU hater in the mold of the Brugge group and, on the contrary, his sympathies appear to have leaned in the opposite direction.

But as Sonia Purnell, who worked with Johnson in Brussels (an experience she describes as “joyless” and an “endurance test”), recalled in the Guardian in July 2019, it was the only “winning, exercising supremacy over others, that really mattered”.

Purnell points out that “Johnson never really seemed to believe what he wrote or said. His motivation seemed solely to increase his own notoriety and fortune, having identified a lucrative “gap in the market”.

As anti-EU sentiment grew within the Conservative party, Johnson’s reporting on EU issues, now from London rather than Brussels, and for the Spectator as good as Telegraphcame to focus less on trivia such as alleged threats to the “British banger” and more on the apparent peril to national sovereignty posed by EU membership.

In 2011, the year of the euro crisis caused by the indebtedness of countries such as Greece, Spain and Italy, when he was mayor of London, Johnson was, as Purnell puts it, “launched out quickly like [the Eurosceptics’] obvious leader, the born king of the Conservative Party’s right, once again in the ascendancy”.

Whether his journalism on this subject reflected a principled stance or was simply the result of political expediency and over-ambition remains open – particularly in light of the two articles he wrote for the Telegraph during the 2016 referendum campaign, one urging readers to vote Remain, the other Leave.

Ultimately the latter was published, but Johnson’s vacuum is such that it is entirely possible that each represented his views with equal accuracy, i.e. at the time of writing . 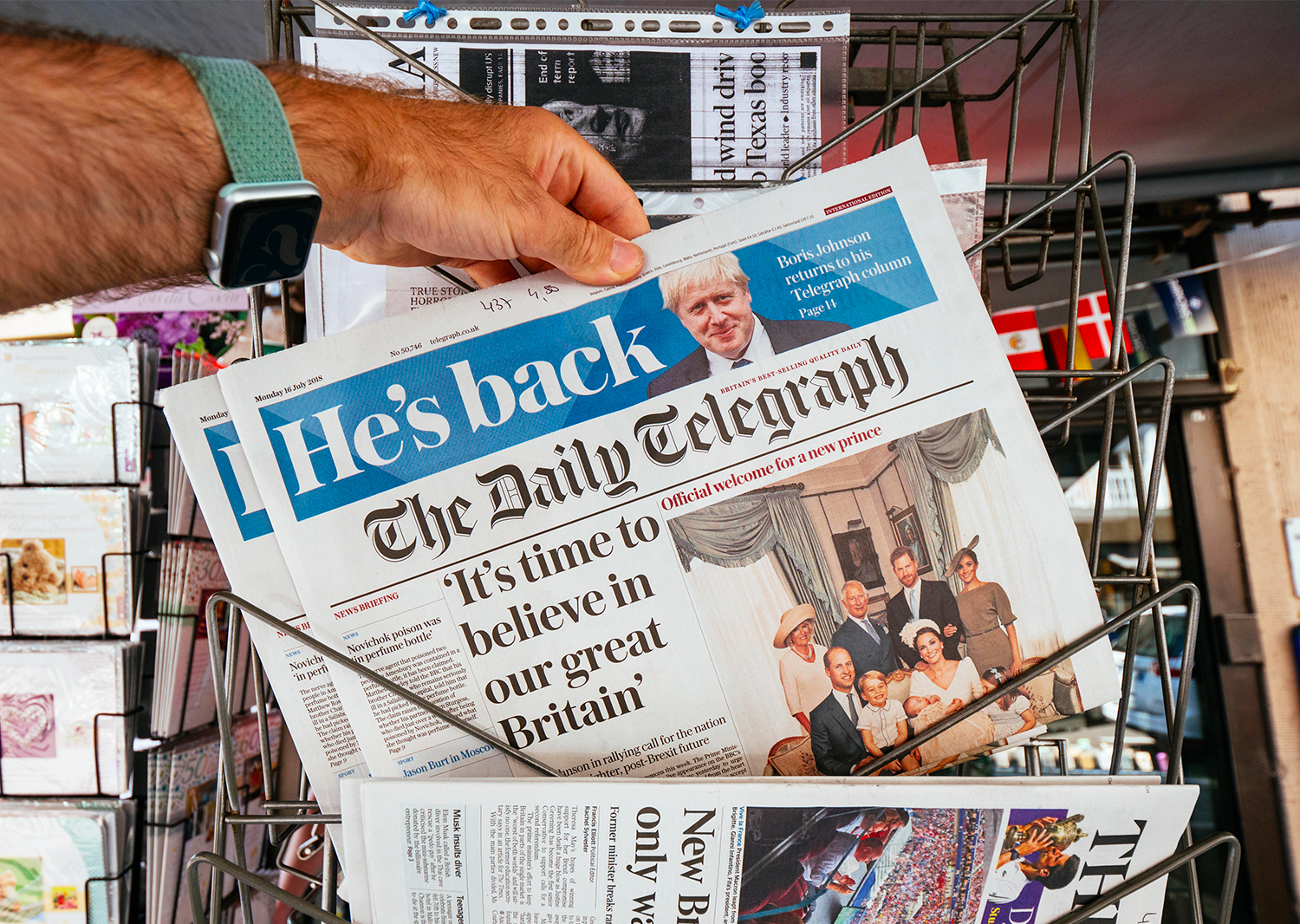 The nexus of the conservative political-media class

As Nick Cohen pointed out in the Observer in July 2022, its modus operandi in both areas was to “show off with a dramatic pose that offends your readers’ prejudices”. It doesn’t matter if the lies abound and the promises are unfulfillable, “when the complaints come, shift the blame by calling your critics boring at best and special-interest spokespersons at worst.”

Even when he was MP for Henley, followed by Mayor of London, then MP for Uxbridge and South Ruislip, Johnson continued to write for Tory newspapers and the Spectator. He completely erased the conventional boundary between journalism and politics in a way that would be unthinkable in most Western news cultures.

Once he became prime minister, the symbiotic relationship between the conservative press and the right wing of the conservative party became so inextricably intertwined that it formed an entirely self-contained and self-reinforcing bond.

The term “customer press” doesn’t even begin to describe the support Johnson has received from the Telegraph, Sun, Mailand Express, and the reciprocal favors he bestowed on them, both en route to Number Ten and during his occupation of it. As Cohen claims, “they were an active, willing arm of the Johnsonian state…a privatized propaganda department with cheerleaders, excuse-makers, bullies, and spies.”

It is already abundantly clear that they played a key role in spreading the “betrayal” and “stab in the back” narrative that Johnson so assiduously concocted after his resignation in July.

When a politician who cares little or nothing about the truth becomes Prime Minister, there is a particularly urgent need for a press ready, at any time, to denounce his lies and his evasions, as well as those of his government.

Tragically for our democracy, however, significant sections of our press have played an absolutely crucial role in paving the way for this charlatan to power and then doing everything possible to try to keep him there despite all the evidence that he is totally unfit for work.

This is an excerpt from Boris Johnson: ‘Media Creation, Media Clown, Media Casualty’, edited by John Mair and published by Mair Golden Moments

OUR JOURNALISM DEPENDS ON YOU

A new type of newspaper – independent, fearless, outside the system. Fund better media.

Our main investigations include: empire and the culture wars, Brexit, crony contracts, Russian interference, the coronavirus pandemic, democracy in danger and the crisis in British journalism. We are also introducing new color voices to Our Lives Matter.

‘We will not be intimidated’: US politician arrives in Taiwan | Political news