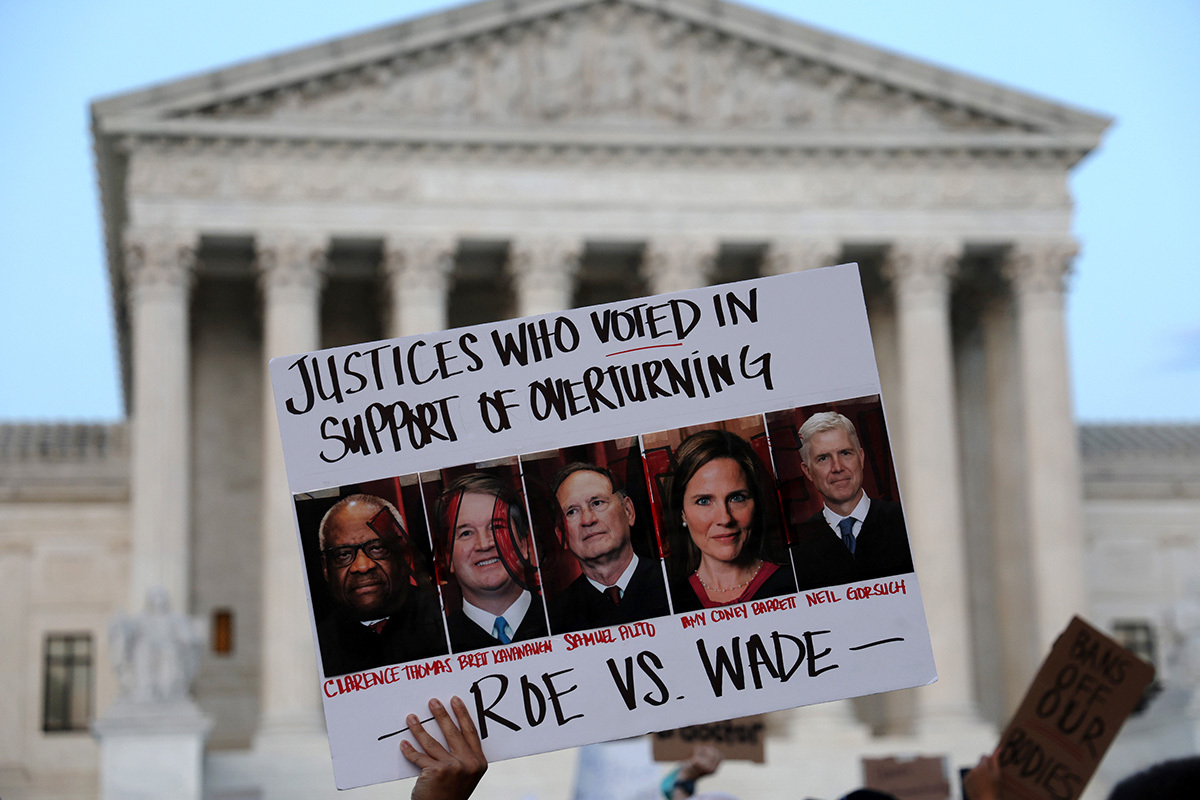 DHS memo warns against threats to burn down Supreme Court

The US Department of Homeland Security warns that some pro-abortion extremists have expressed a desire to burn down the US Supreme Court building if the 1973 Supreme Court ruling that legalized abortion nationwide is cancelled.

A Department of Homeland Security memo released May 13, obtained by Axios, warns that violent threats directed at Supreme Court justices and others involved in the abortion debate, such as politicians, members clergy and health care providers “are likely to persist and increase leading up to and following the release of the official court ruling” in Dobbs v. Jackson Women’s Health.

The memo comes amid protests over an initial draft opinion written by Judge Samuel Alito. the draft indicates that a majority of judges are about to reverse Roe vs. Wade, the 1973 Supreme Court decision that legalized abortion nationwide. Politico released the leaked draft notice on May 2, but the draft is not final.

The prospect of Roe’s reversal, which would send the issue of abortion back to the states to decide, has already led to acts of vandalism and violence in churches and pro-life pregnancy centers. Protesters also descended on the homes of six Supreme Court justices appointed by Republican presidents, five of whom signed the majority opinion draft in Dobbs.

Axios reports that the US government is bracing for a possible upsurge in political violence once the Supreme Court’s ruling is released, and law enforcement is investigating social media threats to set fire to or storm the Supreme Court building and to assassinate the judges and their clerks.

According to CBS News, the National Capital Region Threat Intelligence Consortium referred more than two dozen online messages to its partner agencies for investigation. Some of these messages spoke of “burning or storming the Supreme Court of the United States and assassinating judges and their clerks, members of Congress and legitimate protesters”.

Although violence in recent weeks has been directed at pro-life churches and pregnancy centers, the DHS memo expresses concern that “some racially or ethnically motivated violent extremists embracing pro-life narratives may be tied to the perception of wanting to ‘save white children’ and ‘fight white genocide.'”

At the same time, the document emphasizes that “the mere advocacy of political or social positions, political activism, the use of strong rhetoric or the widespread philosophical adoption of violent tactics does not constitute domestic violent extremism or illegal activity and are protected by the Constitution”.

A DHS spokesperson told Axios that the agency is “committed to protecting Americans’ freedom of speech and other civil rights and liberties, including the right to peaceful protest.”

“DHS is also committed to working with our partners at all levels of government and the private sector to share timely information and intelligence, prevent all forms of violence, and support law enforcement efforts. to keep our communities safe,” the DHS spokesperson said.

Last week’s DHS memo follows an earlier warning from the agency that predates the debate over the Dobbs Case.

Shortly after the United States Capitol riot in January 2021, DHS included “abortion-related domestic violent extremists” on a list of groups that “pose a high threat to the homeland in 2021.” The US Department of Homeland Security is not the only government agency concerned about the possibility of increased violence following the Dobbs decision.

The Virginia Fusion Center, a partnership between the Virginia State Police and the Virginia Department of Emergency Management to “enhance the Commonwealth of Virginia’s preparedness against terrorist attacks,” has compiled a document warning its Shield members of “to prepare for a potential increase in abortion”. – events, gatherings and demonstrations related to violence and criminal activity.”

“We have seen groups on both sides of the issue begin to organise, plan and execute a variety of rallies and protests,” the organization said. “We expect these gatherings to increase in intensity as the official decision date approaches. Some may turn violent.”

The Virginia Fusion Center also predicted that an “increase in abortion-related protests and marches could draw the attention of other violent extremists or mass attackers with motives unrelated to abortion.” This could include “groups or individuals interested in attacking large crowds and those with grievances against women, such as Involuntary Single Violent Extremists (Incel)”.

The Virginia Fusion Center also predicted that activists on both sides of the abortion debate would find themselves subject to “ruthless doxing, or the release of personal information to increase targeted attacks,” as has happened before. for Supreme Court justices.

Recalling that a Planned Parenthood facility in Los Angeles was the subject of a cyberattack that led to the theft of patient information, the Virginia Fusion Center argued that “similar attacks could occur due to tensions increased”.

A decision in the Dobbs the file is expected at the end of June.

The Women’s March has promised embark on a “Summer of Rage” on behalf of deerinsisting that “we will not rest until abortion rights are protected”.

The group will wrap up the summer with a “women’s convention” in Houston, Texas. While congressional Democrats sought to codify abortion rights into law by passing the Women’s Health Protection Act, their efforts stalled in the equally divided U.S. Senate.

Our Summer of Rage officially begins.

We’re ready to rage for Roe all summer, culminating with a Women’s Convention in Houston, Texas.

We will not rest until abortion rights are protected. Learn more about our women’s convention here: https://t.co/Faa6lnGu7khttps://t.co/1GVANPP79b

Yes deer is reversed as planned, 21 states will ban or restrict abortions more than they currently do, 16 states have codified abortion access into state law, 10 states will continue to enforce their laws, and/ or current restrictions on abortion and voters in the remaining three states may have an opportunity to weigh in on their abortion laws at the ballot box in the near future.