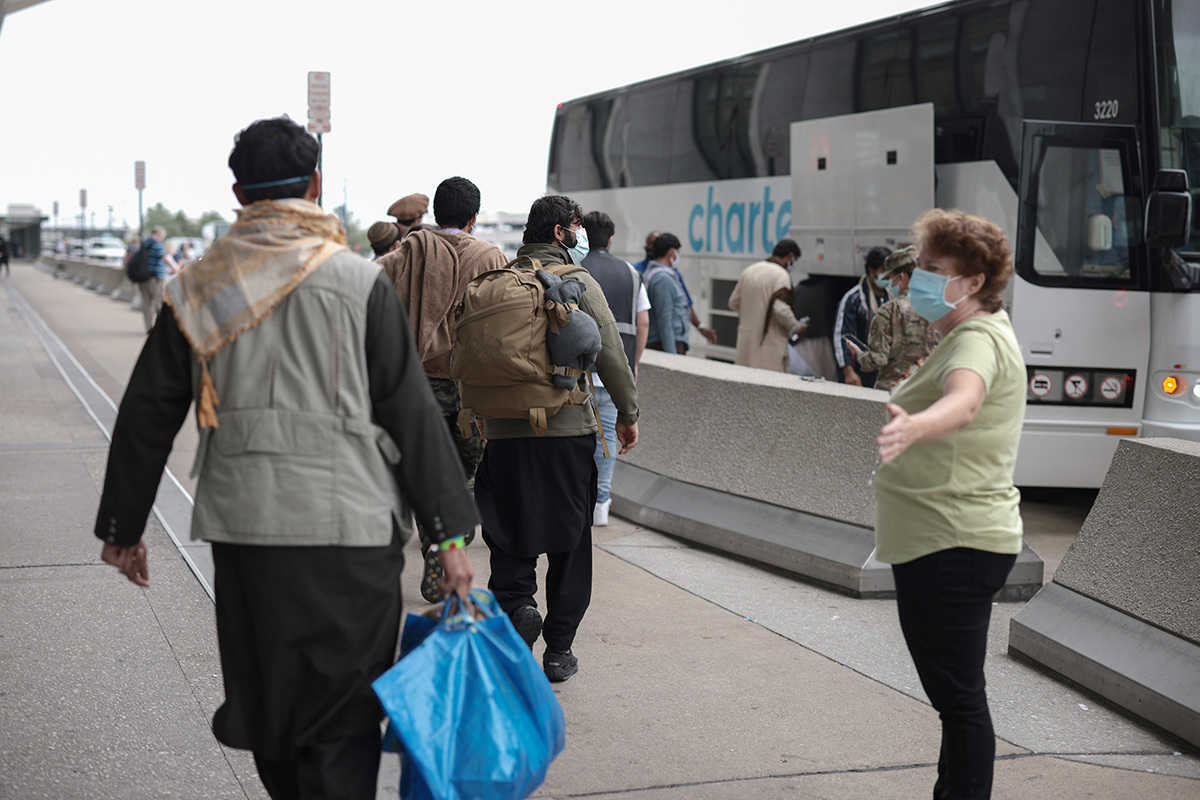 A year after the withdrawal of US troops from Afghanistan, a coalition of evangelical Christian leaders and organizations is urging Congress to pass legislation allowing Afghans evacuated after the Taliban takeover to become lawful permanent residents.

The Evangelical Immigration Table, a nonpartisan coalition of evangelical organizations advocating for a “bipartisan solution on immigration,” sent a letter to members of Congress last week asking lawmakers to allow Afghan refugees who are came to the United States after the country fell to the Taliban. apply for permanent legal status.

“A year ago this month, Afghanistan fell to the Taliban, sparking a frantic effort to evacuate American citizens and their allies to safety,” the letter said. “In the weeks that followed, tens of thousands of Afghans came to the United States after being processed and screened in third countries.”

The letter notes that Americans, including many Christians, stepped up in “remarkable and sacrificial ways” to welcome the evacuees, many of whom “faced special threats because of their association with the United States.”

“[W]Although these Afghans did indeed flee a clearly credible fear of Taliban persecution and therefore almost certainly meet the legal definition of a refugee, the vast majority of them have not been formally admitted with refugee status. , indicates the letter.

Evangelical Immigration Table organizations have identified the “temporary parole and employment authorization” that many Afghans have instead granted as a “significant source of stress” for newcomers.

“Had they been admitted as refugees, as they mark the first anniversary of their presence in the United States, these individuals would have been permitted and required to apply for legal permanent clearance. [Residency] — and be on track to pursue naturalization four years later as they fully embrace this country that has embraced them,” the letter read.

Evangelical groups have pleaded with members of Congress to “pass legislation allowing Afghans paroled in the United States to apply for permanent legal status, treating them as those officially admitted as such.” [refugees] are treated under U.S. law.”

They called on government leaders to do “everything possible to ensure that the United States continues to welcome Afghans who face Taliban persecution or who have fled, including urging the administration to consider new applications for humanitarian parole and to invest in a more robust and agile refugee. [resettlement] treat.”

“Tragically, there is no likelihood that these new neighbors will be able to return safely to Afghanistan at any time for the foreseeable future,” the letter said. “They now want to rebuild their lives in the United States – with the certainty that they fully belong here, a confidence that only permanent legal status can give them.”

The bipartisan Afghan Adjustment Act, which would allow Afghans to apply for permanent status, was introduced in the House and Senate last week.

Also known as S.4787, the bill would “provide support for Afghan nationals who have supported the U.S. mission in Afghanistan, proper screening of parolees from Afghanistan, adjustment of status for certain Afghan nationals, and special immigration status for those at risk”. Afghan allies and relatives of certain members of the armed forces, and for other purposes.”

In a statement, Klobuchar said, “Giving our Afghan allies a chance to seek permanent legal status is the right and necessary thing to do.

“[T]its bipartisan legislation will help provide these newly arrived Afghans who have sacrificed so much for our country the legal security they deserve as they begin their lives in the United States,” she said.

Leaders of the organizations that make up the Evangelical Immigration Table have also expressed support for the legislation.

Myal Greene, president and chief executive of refugee resettlement organization World Relief, the humanitarian arm of the National Association of Evangelicals, insisted that the passage of the legislation “will help ensure that we treat Afghans as well as we treat other refugees”.

“We urge Congress to act immediately to enact it and to listen to the voices of the people who have helped welcome new Afghan neighbors, including the thousands of local churches who have come together to build communities of love and welcome,” she added.

Chris Palusky, president and CEO of Bethany Christian Services, another organization that helps refugees, said passing the legislation “would provide certainty for these men, women and children”.