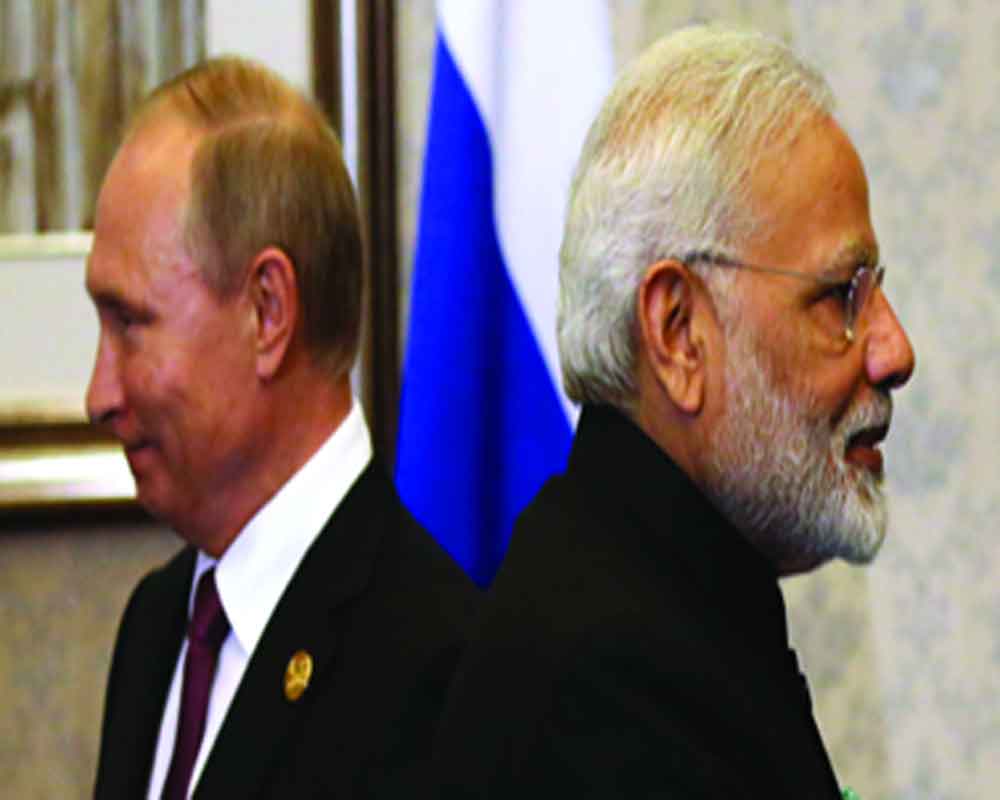 Third World countries know well the history of bombings, invasions, coups, assassinations, campaigns of destabilization, color revolutions, etc. of the West to join the latter’s so-called “democratic” chorus against Russia. Instead of this militaristic rhetoric against the bogeyman of Russian “authoritarianism”, most of them chose to take the path of diplomatic de-escalation. And in the process they have weakened Western unilateralism

India carefully negotiated the rapidly moving geopolitical tectonic plates set in motion by Russia’s invasion of Ukraine. On April 1, 2022, Russian Foreign Minister Sergei Lavrov held talks with Foreign Minister S Jaishankar and also met Prime Minister Narendra Modi before his departure. The Ministry of External Affairs (MEA) said the dialogue was specifically about the impact of the Ukraine crisis on the Indian economy, noting “that as a developing economy, global volatility in different areas is of particular concern to India. India. It is important for both countries that their economic, technological and people-to-people contacts remain stable and predictable.”

Lavrov’s visit synchronized with India’s efforts to maintain a neutral stance on Ukraine. Not only did India abstain from five votes at the United Nations condemning the Russian military operation in Ukraine, but it also refused to participate in Western sanctions aimed at isolating and crippling the Russian economy (Russia lost 300 billion dollars of foreign exchange reserves because of these sanctions). At a press conference after his bilateral talks, Lavrov remarked, “I have no doubt that a way would be found to circumvent the artificial obstacles with illegal unilateral sanctions from the West.” This clearly showed that Russia and India would continue with their plans to use national currencies rather than the dollar-based international system.

India’s persuasion of an independent policy with Russia has unsettled the diplomatic swifts of the Global North. Hours before Lavrov’s arrival in Delhi, US Deputy National Security Adviser (NSA) Daleep Singh, the main designer of sanctions against Russia, said there will be “consequences” for countries that ” will actively attempt to circumvent the sanctions”. However, emphasizing that “friends do not draw red lines”, he added: “We are very keen that all countries, especially our allies and partners, do not create mechanisms that support the ruble and try to undermine the dollar-based financial system.

US NSA deputy’s arrival in India was preceded by visits by EU special envoy, German NSA and UK foreign secretary, all of whom criticized India-Russia cooperation . The particularly heated exchange between Jaishankar and British Foreign Secretary Liz Truss highlighted the divergent views that India and Euro-Atlantic countries had on the instabilities in Ukraine. Mocking the moral hypocrisy of the West, Jaishankar said, “I think what we saw happening in Afghanistan last summer had a very, very strong impact here, certainly in India. I would probably say it hasn’t had the same impact in Europe… They haven’t identified with people who are affected in the same way. So, you know, the truth is, a lot of us have similar or shared beliefs, values, but there’s the ability to relate, the ability to identify, part of it is closeness…intensity reaction may not be the same all over the world.”

India’s non-aligned response to the Ukrainian crisis is similar to the attitude of other third world nations. On March 2, 2022, a non-binding UN resolution condemning Russia’s intervention in Ukraine, populations represented by governments that did not vote for it were much more likely to come from countries in the South. In fact, the UN’s condemnation of Russia was overwhelmingly endorsed by wealthy, white nations that make up only 41% of the world’s population. What explains this global divide? Third World countries know too well the Western history of bombings, invasions, coups, assassinations, campaigns of destabilization, color revolutions, etc., to join the so-called chorus ” democratic” of the latter against Russia. Instead of this militaristic rhetoric against the bogeyman of Russian “authoritarianism”, most of them chose to take the path of diplomatic de-escalation. And in the process, they have weakened Western unilateralism.

Trading partners of Russia, which is one of the world’s largest exporters of oil, gas, wheat and fertilizer, have developed alternative payment mechanisms to circumvent Western sanctions. Russian financial institutions are encouraging their customers to open accounts in Chinese yuan – a policy move that builds on the two countries’ decision in 2019 to settle all trade between them in their respective currencies. China and the Eurasian Economic Union made up of Russia, Kazakhstan, Kyrgyzstan, Belarus and Armenia are also developing a new monetary system. Saudi Arabia – partly concerned about the way the West has arbitrarily seized Russia’s dollar holdings – has indicated it may designate its oil sales to China in yuan, not dollars. After 1974, it was the first time that Saudi Arabia sold oil in a currency other than the dollar. Russia’s relations with Saudi Arabia, the United Arab Emirates and Qatar under the OPEC+ agreements, and the increase in investments by sovereign wealth funds of the Gulf states in Russia are also contributing to the weakening of the monetary power of the country. dollar.

Currently, the EU gets 40% of its natural gas from Russia; the Kremlin demanded that Europe pay for this gas in Russian rubles. India has now joined this emerging challenge to the US-centric financial architecture by agreeing to a rupee-ruble trade deal with Russia. For India, the use of non-dollar transaction methods is not new. In 2018, India and Russia entered into an agreement under which Russia agreed to supply five S-400 Triumf air defense systems.

To circumvent US sanctions imposed under the Countering America’s Adversaries Through Sanctions Act (CAATSA), the two countries agreed that the mode of payment would be in Indian currency. India used a similar system to buy Iranian oil. Through the United Commercial Bank, payments for 30% of the crude oil India imported from Iran were settled in rupees, which Iran then used to import goods from India.

Unless major Northern countries come to the negotiating table, attrition from the dollar-dominated system will continue to grow, slowly but surely. First, given the different types of commodities that Russia supplies to the world and the demand from developing economies like China, India, Saudi Arabia, Iran and those in Southeast Asia , Africa and Latin America, strategic expert Ng Weng Hoong writes that “it is only a matter of time before merchants develop an alternative system to make and settle payments without using the services U.S.-controlled global financial and payment institutions”.

Moreover, the United States’ treatment of Russia as a vassal state – visible in the financial weapons it has deployed – has shown that the American empire will very well bully nations into following the so-called “rules-based order” if the need arises. This made countries realize that de-dollarization is important for the protection of political autonomy. In this global conjuncture characterized by multipolarization, the Indian government must strengthen and expand its non-aligned posture.