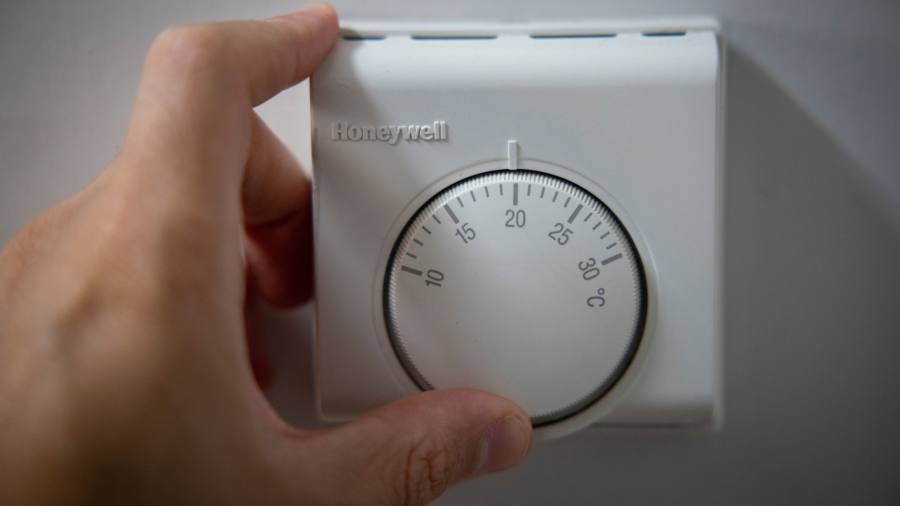 This article is an on-site version of our Inside Politics newsletter. Register here to receive the newsletter directly in your inbox every day of the week.

Hello. The biggest story in British politics – obviously – is the energy crisis. My colleagues here at the FT have worked hard to explain the causes and depth of the crisis. Some thoughts on all of this in today’s email.

Inside Politics is now edited by Gordon Smith. Follow Stéphane on Twitter @stephenkb and please send gossip, thoughts and comments to insidepolitics@ft.com.

What is the challenge facing the next prime minister? Very. Helen Thomas explains the scale of the problem facing the UK in an excellent column:

According to EDF, half of British households are facing energy poverty this winter, defined as spending more than 10% of their income on energy. A report from the University of York suggested an even higher proportion, particularly among large families, single parents and retired couples. The blow to households seems greater than the financial crisis and more concentrated among the poorest.

David Sheppard has a vital explainer on what’s causing the seizure and how long it can last.

Traders now expect extremely high gas prices to persist through 2023 and possibly into 2024. They predict there is little chance that Russia, which pre-crisis accounted for 40% of supplies from Europe, returns to its unique role as a reliable supplier. market supplier.

The UK does not have large gas storage facilities like other European countries, which fill them up in spring and summer for the coming winter. Plans to reopen Rough, the UK’s largest storage facility mothballed in 2017, will come too late for this year.

There is something important linking David and Helen’s plays (besides the obvious). As Helen explains, the great waste the Conservatives have made is time:

This year could and should have been devoted to improving the paltry insulation rate of UK homes from 200,000 a year to the 2 million the market regularly managed before 2013. It was an obvious and no-brainer choice. regret six months ago. Instead, the government is currently relying on common sense and hardship to get people to reduce their gas consumption by 8% simply by adjusting their boiler settings to run more efficiently.

This lack of time means that the next prime minister, whoever he is, will have a limited set of policy choices. As Chris Giles explains here, there aren’t many good options available in the UK, as we can safely rule out “inventing time travel and investing in home insulation and energy nuclear”.

An additional issue is that while energy consumption in the UK is higher among wealthier households, it is quite variable across income ranges, as this excellent graph from Chris’s article shows:

The prevention of destitution and misery will have to go through broad and significant support for households. Torsten Bell of the Resolution Foundation tells Chris that the only way to achieve this while avoiding further inflationary pressures is a subsidy program coupled with higher taxes on wealthier households and businesses.

In addition to Truss’ own ideological preferences, there is a limited appetite within the parliamentary party for further tax hikes: it is therefore difficult to see how the next Conservative Prime Minister will be able to avoid a rise in inflation in the Kingdom. United or a damaging internal war within the Conservative Party.

I don’t think we should take any stock of the various noises coming out of Truss’s campaign or even the candidate herself about what is and isn’t on the table when it comes to economic support. Truss worked very hard and played a very smart game to become Prime Minister and so we can assume he will want to stay Prime Minister. There is no plausible path to staying in power that does not go through big donations to households and as such I think we should expect big donations.

But we should too expect it to be very, very, very difficult, if not impossible, to persuade the Conservative Party to accept tax increases alongside these donations.

From now on, the political and political consequences of the pressures on households and the wider British economy will be by far the most important factor in British politics and the upcoming election. Can Liz Truss and Kwasi Kwarteng weather these crises, or at least persuade British voters that they are better placed to do so than Keir Starmer and Rachel Reeves?

But there will, I think, be an important secondary argument about the decisions made and not made over the past 12 years, and whether the opposition parties would have made better ones.

The Conservatives are hurting when it comes to their record on insulation and renewable energy. Rishi Sunak recently described the earth’s wind as a cause of “distress”, while, as Camilla Cavendish notes in her column, Liz Truss dismissed solar panels as “accessories”. As Jim Pickard revealed in 2020, Dominic Cummings, then an influential Downing Street aide, called housing insulation “boring”.

Labor and the Liberal Democrats have a good story to tell about renewable energy. Liz Truss has long delighted the right-hand circuit taking hits on Ed Davey’s green targets for onshore wind and other renewables, while Davey himself has had plenty of laugh lines at fundraisers. Lib Dem fund talking about his battles over the Liberal Democrat-Conservative coalition to get the government to invest in renewable energy and onshore wind. As for Labour, their pledge to borrow £28billion a year to tackle the challenge of climate change from the autumn of last year means they can credibly claim they would have made decisions different on home insulation, as does the record of their fictitious climate change spokesman, Ed Miliband, in office.

This coalition seems a very long time ago, but you can see how some of the energy policy wrangling that happened behind closed doors could be turned into a bigger political argument that conservatives in general and Liz Truss in particular have always been behind the curve on home insulation and renewable energy. But the Liberal Democrats and Labor have their own glass jaw: their record of wavering and hesitation over nuclear power, the most reliable source of green energy.

While it won’t be the main event for the next few years, you can expect to hear a lot more about the Conservatives’ failures on insulation and renewables from Labor and the Liberal Democrats, and in years to come about the fact that no Labor prime minister has matched Margaret Thatcher’s commitment to nuclear power, as the battle over whether or not the Conservative government has done its best to combat the crisis or if his time in power has been so many wasted years.

I had a pleasant and restorative holiday in Lincolnshire. My partner and I stayed at the Studio in Hungerton, and honestly I would say the pictures understate how beautiful it is. The food was great and the surrounding countryside was beautiful. Our host, Isabel, was incredibly kind and caring and I can’t recommend this highly enough as a couple’s vacation spot.

While we were there we watched the following things, all of which are available on Disney Plus: the excellent 1987 romcom/workplace drama Spread news, and we finally got down to watching The big court (very good I thought, but not as good as the book: the FT review is here). My favorite, however, was the utterly charming second season of Only murders in the building.

Newsletters recommended for you

Swamp Notes – Expert insight into the intersection of money and power in American politics. Register here

Britain after Brexit – Keep up to date with the latest developments as the UK economy adjusts to life outside the EU. Register here

Senator warns VA that providing abortions to veterans is illegal