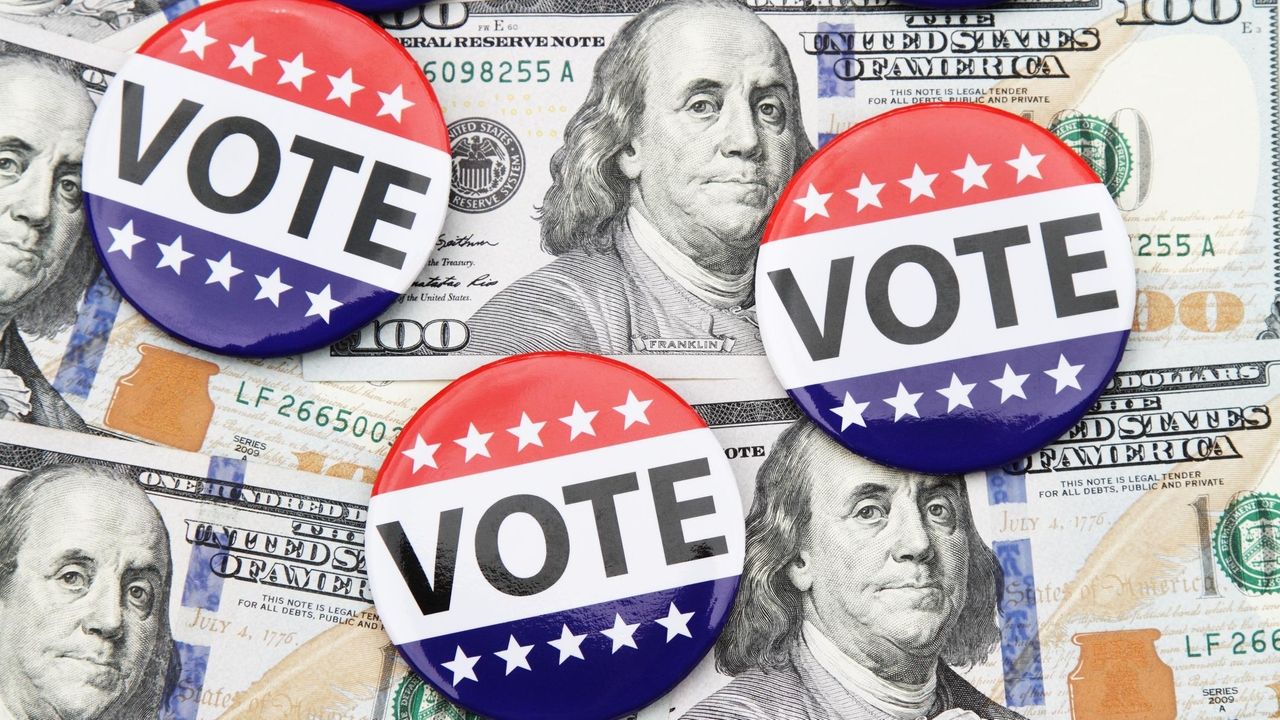 The money trail is as old a story as there is in politics. But it never ends. Unfortunately.

Money is flooding the current election cycle like never before. Nearly $9.7 billion will be spent nationally on political advertising in the 2022 cycle, according to ad intelligence firm AdImpact.

This is a difficult number to grasp. Tens and hundreds of billions have long moved millions as the currency of legislation, corporate profits, the value of professional teams, and big cat wealth. But here’s a more relevant perspective: The 2016 presidential election, at one point the most expensive campaign, saw $6.5 billion in total spending, including nine of the 10 most expensive Senate races ever. . And that number is being crushed in this congressional-centric off-year election.

That $9.7 billion more than doubles the previous midterm record, set in 2018. And AdImpact says 2022 spending exceeds even the most expensive election cycle yet, the 2020 presidential cycle, by nearly $700 million.

Just to refresh, we all thought 2020 was off the charts.

What is the money that bought us?

No better candidates. Not deeper thinkers. No more honest outreach. Not a more meaningful exchange of ideas for voters.

What he bought us were more expensive elections. And a more slavish devotion to the hunt for contributions. And no more potential conflicts of interest for winners beholden to donors. And more posts without facts that make it harder for voters to discern the real truth. And richer candidates. A candidate who can self-fund to any degree is, quite literally, golden.

In the 1960s, Jesse Unruh, a political force in California for 40 years and then Speaker of the State Assembly, delivered the immortal coinage: “Money is the mother’s milk of politics.”

The current gold rush can be explained, if not justified.

As our politics grow more feverish and our divisions sharper, with control of Congress seeming to be perpetually in play, every election becomes even more of an existential quest. How many times have we voted in “the most important election of our lives?”

The consequences are visible when Mitch McConnell practices raw power politics to design the Supreme Court’s makeup, and Democrats use procedural loopholes to force big legislation through a 50-50 Senate. In this zero-sum game, “we” must have the power and “they” don’t. Ka-ching.

In addition, the importance of national and local races has become increasingly evident. And more politically active billionaires seek influence.

Now we have the hypocrisy of candidates desperate for money and then criticizing opponents who have it, as happens to candidates as disparate as the Republican Senator candidate from Pennsylvania, Dr Mehmet Oz, and the Democratic candidate to the New York Congress, Dan Goldman.

Where does it stop?

It’s hard to see, just as it’s hard to see with so much of our political scene. We continue to sink but we don’t know where the bottom is. What is clear is that the taps are wide open.

Guess we should be thankful that gerrymandering has left us with fewer competitive runs than ever, which must cut costs.

Imagine how much it would cost if we had a vibrant democracy.

notThe opinions of columnist MICHAEL DOBIE are his own.

Michael Dobie is a member of Newsday’s Editorial Board.