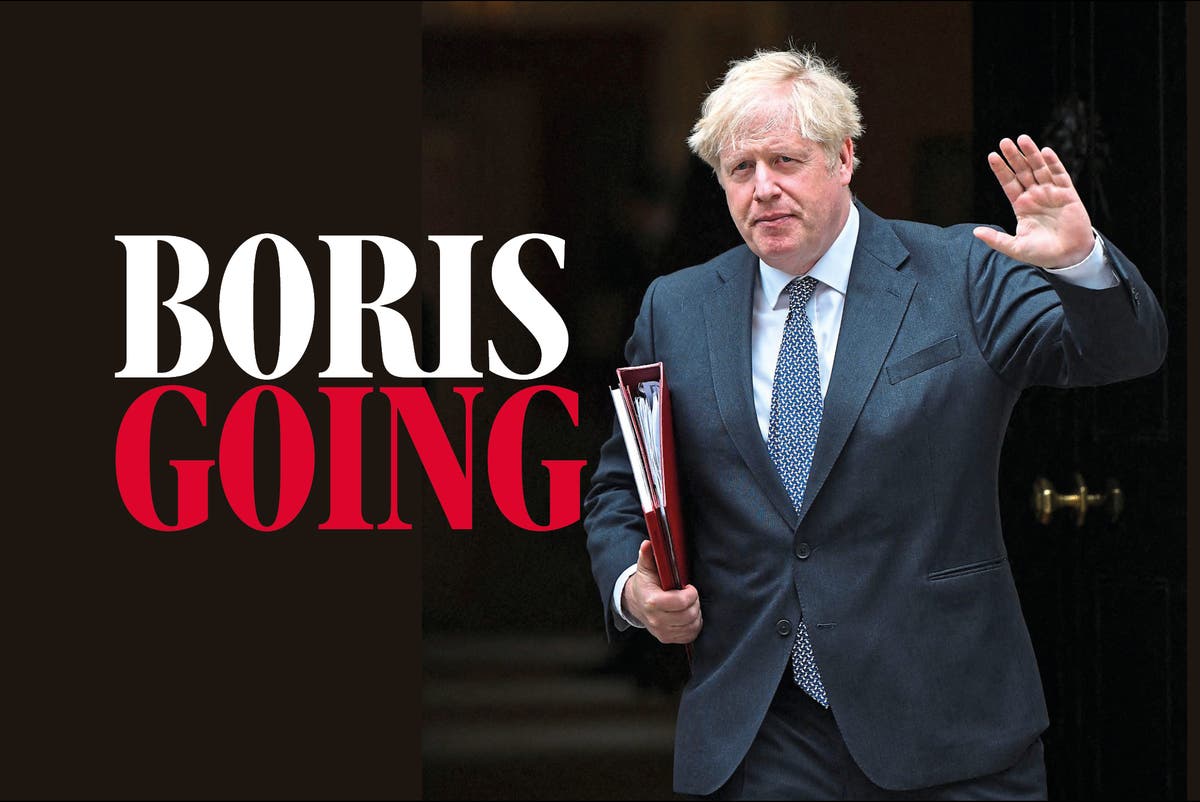 Downing Street has appointed Kit Malthouse as Chancellor of the Duchy of Lancaster, the longest-serving minister in the Cabinet Office after the Prime Minister.

Labor will bring a vote of no confidence if Boris Johnson does not resign immediately, Sir Keir Starmer has said.

“We cannot continue with this broken government,” he said.

He replaces Michael Gove, who was dramatically sacked last night by the Prime Minister.

Defense Secretary Ben Wallace has topped a new leadership poll, with 48% of Tory members wanting him to take the reins of the party.

According to a YouGov poll, he holds a substantial lead over Liz Truss, Penny Mordaunt and Rishi Sunak.

A vacancy sign has been put up at number 10 Downing Street at Madame Tussauds.

The London landmark is preparing for the Prime Minister’s resignation later this afternoon.

Baker is ‘seriously thinking’ about No10

Arch-Brexiteer Steve Baker has said he is “seriously” considering throwing his hat in the ring for the top job.

He told BBC News: ‘People will know that in the last seven of the 12 years I have been in Parliament I have provided leadership and organization through really massive crises, whether it’s whether Brexit or Covid, race relations, net zero.

“So, of course, I took a lot of calls and meetings with potential leaders. Now I’m seriously considering whether I should because, you know, I got into politics because I thought I wanted an MP I always agreed with, well maybe I would like a Prime Minister who can be relied upon to do what I think is best.

“So I know what I’m looking for – fierce determination, humility, integrity, a willingness to do what’s really right for the long term and the short term of this country.

“So, of course, I’m seriously considering running because members of the Conservative Party consistently put me in their top 10, so I have to respect them and take that seriously.”

Former Boris Johnson adviser Dominic Cummings wrote on Twitter: “Expel TODAY or he will cause CARNAGE, even now he is playing for time and will try to stay

“No ‘dignity’, no ‘interim during the leadership race’.

“Raab is to be acting prime minister in the evening.”

Conservative peer and pollster Lord Hayward said he believed there could be pressure for Boris Johnson to step down and Dominic Raab to become caretaker prime minister.

He also said there would likely be ‘up to 10 people’ openly considering running as Tory leader.

Lord Hayward told BBC News: “There is a possibility, I would have thought, that because many ministers have resigned over questions of integrity and decency there could be pressure for Boris Johnson to step down. and for Dominic Raab to act as Deputy Prime Minister, Acting Prime Minister.”

He said there will be “a lot of candidates from all sorts of sides of the Conservative Party” in the leadership election.

“Some leadership elections it’s pretty clear it’s one, two, three people, on this occasion I think we’ll probably see up to 10 people openly discussing whether they could be candidates.

“I would be surprised if the declared nominations were less than five or six.”

Rayner: We don’t have a functioning government.

Ms. Rayner replies, “I hate to tell the minister, but we don’t have a functioning government.

“It’s good news that the Prime Minister is stepping down – he has always been unfit for office… but the chaos of the past three days is more than a petty squabble.

“These actions have consequences for our country in the midst of a cost of living crisis.

“Britain has no functioning government. No ministers in place to pass laws, committees overturning bills with no minister to lead them.