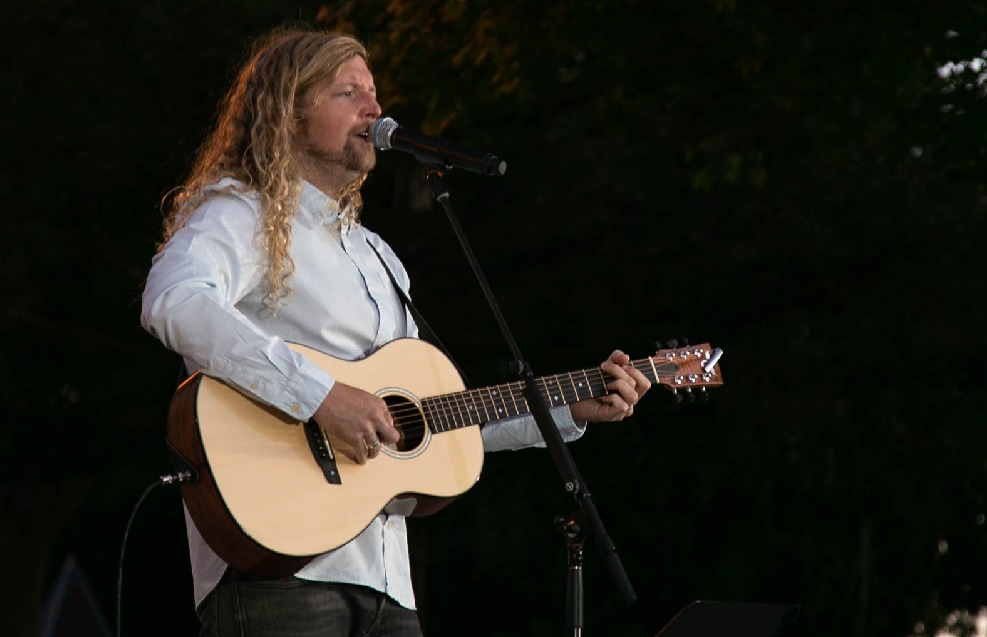 A prominent Christian worship artist has staged a massive protest outside Disney’s California headquarters as the company continues to face backlash over its response to a parental rights bill passed in Florida.

Sean Feucht, the former Bethel Church cult artist and founder of the Let Us Worship movement, hosted the “Hold The Line for Our Kids” rally on Wednesday at the Disney Studio Lot in Burbank, Calif. Feucht led the crowd in singing popular Christian worship songs as he and other speakers addressed the Walt Disney Company’s activism against a Florida law that bars school officials from engaging in discussions on “sexual orientation” or “gender identity” with students in kindergarten through third grade.

“We call for every wall of perversion to fall in the name of Jesus,” Feucht proclaimed. “We are calling for every wall to strip the innocence of our children to come down. God, we pray that you will expose Disney for what it is, expose this company, bring all that has been hidden to light.

Feucht compared the battle between Disney and critics to the battle between David and Goliath documented in the Bible. “If American parents realized the power and authority they have, they could change the economy of this place in a day,” he predicted.

The cult entertainer lamented that Disney was “actively fighting for children to be sexually indoctrinated as kindergartners.” As Feucht spoke, attendees gathered in the crowd held signs emblazoned with phrases such as “Let kids be kids,” “Boycott Disney,” and “Disney stop grooming our kids.”

While Disney is headquartered in California, it operates the famous Walt Disney World theme park in Orlando, Florida. Although the company initially refused to take an explicit position on House Bill 1557, dubbed by critics the “Don’t Say Gay Bill”, outrage among LGBT activists at the lack of response and outright condemnation and simple measure prompted Disney CEO Bob Chapek. to apologize and pledge to increase financial support for “advocacy groups to fight similar legislation in other states.”

As Disney’s response to House Bill 1557 made national headlines, City Journal writer Christopher Rufo and the Manhattan Institute shared video footage of what he described as an “everyone Disney World” on the law last week. The footage revealed Disney officials discussing efforts to incorporate LGBT ideology into children’s programming.

In a music video, Latoya Raveneau, executive producer at Disney, explained how she worked to include her “not at all secret gay agenda” in the company’s “Proud Family” reboot. She admitted that she “basically added homosexuality” to children’s programming “everywhere I could” because “nobody would stop me” and “nobody was trying to stop me”.

In another video, Disney production coordinator Allen March spoke about what he saw as the need for “canonical trans characters, canonical asexual characters.” [and] canonical bisexual characters” to have “stories where they can…be themselves”. In a separate video, March acknowledged that Disney and other media have the ability to use content to influence the minds of the next generation.

Noting that American children “get all this information from the media about what’s normal,” March pointed out that “there’s a lot of power to that and it just has to be acknowledged.” Disney hasn’t been shy about using this power in recent years, as it has repeatedly introduced LGBT characters into children’s programming.

In 2020, Disney’s Pixar animation studio introduced its first openly lesbian heroine in the animated superhero film “Onward.” A 2017 live-action adaptation of the classic ‘Beauty and the Beast’ animated film featured a “gay moment” that drew considerable backlash from the religious community.

In addition to Feucht, a Disney employee and pastors addressed the gathered crowd in person as well as those watching the live stream of the event online. Towards the end of the rally, Feucht informed the public that more “Hold the Line for Our Kids” rallies were on the horizon.

Feucht started a petition for people to “tell Disney our children are OUR children,” adding, “They are not the property of the woke expert class who believe they know best how to raise our children.” The cult artist reported that by Friday afternoon nearly 40,000 people had signed the petition. He indicated that he hoped to accumulate 100,000 signatures for the petition.

Opposition to Disney’s LGBT activism isn’t limited to those gathered at the “Hold the Line for Our Kids” rally. A group of Disney employees have written a letter calling for a ‘politically neutral Disney’, warning that by ‘taking sides in political debates’ Disney is robbing the world of ‘a shared love we all have in common’ for its “unique brand of family entertainment” that has “served a purpose good in the world”.

Employees also argued that “The Walt Disney Company has become an increasingly uncomfortable workplace for those of us whose political and religious views are not explicitly progressive.” They also reported that “we frequently see those who share our views condemned as villains by our own leaders”.

Modi changed the ‘culture of politics’ with his work: Nadda in Himachal in the polls