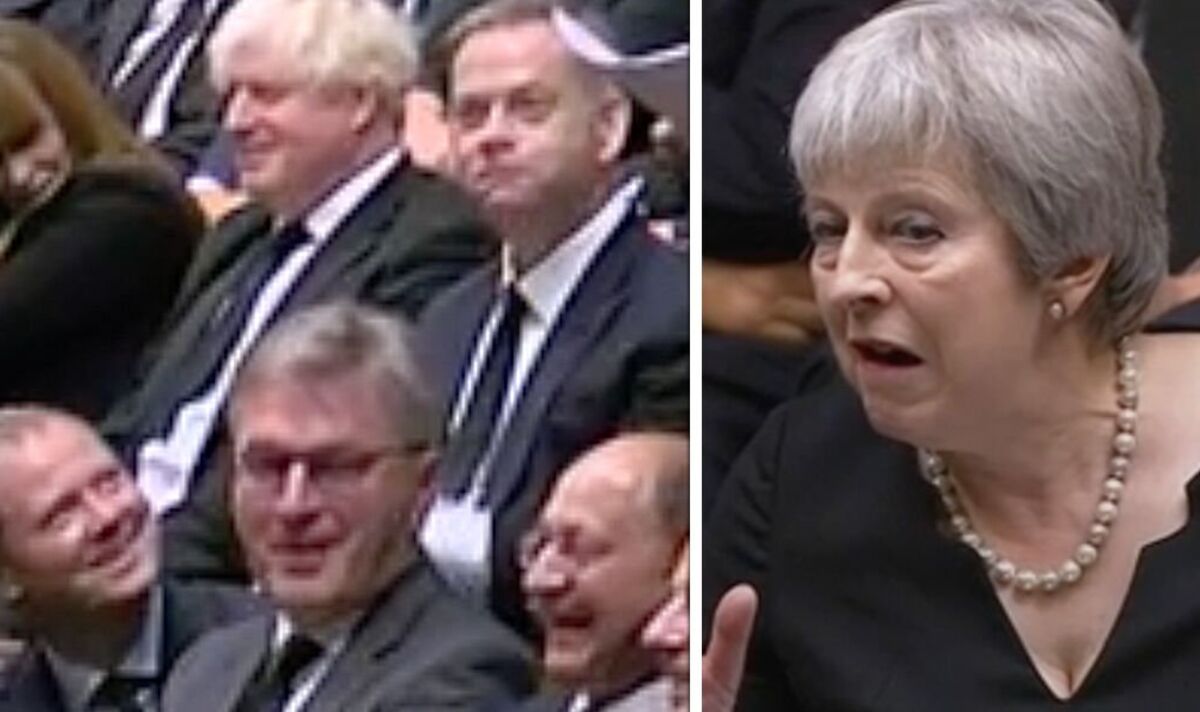 Theresa May joined her fellow MPs in paying tribute to the Queen, sharing insight into her relationship with the Sovereign and stories about her experience as Prime Minister during the reign of Elizabeth II. The grim tribute, however, took a thunderous turn as she recounted being caught in the Queen’s watchful eyes after a rather embarrassing ‘split-second decision’. The former prime minister said: “I remember a picnic at Balmoral taking place in one of the spoils on the estate.

“The basket came from the castle and we all scrambled to put the food and drinks on the table.

“I picked up some cheese, put it on a plate and transferred it to the table – the cheese fell on the floor.

She continued: “And I turned to see that my every move had been watched very carefully by Her Majesty The Queen.

Ms May told the broadcaster the Queen would pass on ‘the knowledge she had of the people, a lot of people the Prime Minister, that I was dealing with’.

She added: “She was a very fine judge of people and was often able to give these little pen and ink portraits, if you will, of people she knew, met.

“And sometimes it wasn’t just about the individual, but actually kind of the story of that individual, their experiences of particular countries, particular issues.”

Paying homage to the Queen’s warm nature, Ms May said: “There was often that twinkle in the eyes and that beautiful smile that would break out and calm so many people’s nerves and put so many people at ease. “