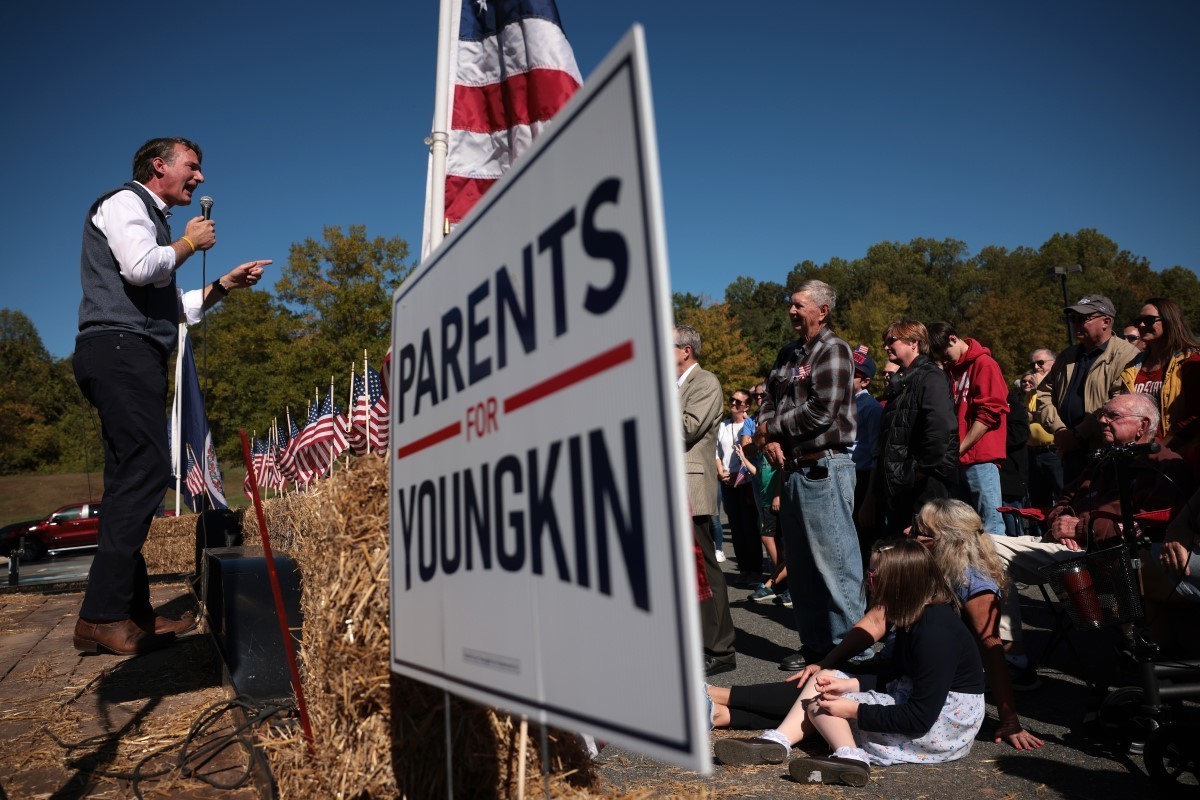 The Virginia Department of Education under Governor Glenn Youngkin issued a directive asking all school districts to stop allowing trans-identified students to identify as the opposite biological sex without legal documentation and to keep parents informed of their child’s “psychological development”.

The directive announced last Friday directs Virginia’s 133 public school districts to no longer allow students to use bathrooms that match their preferred gender identity. Students who wish to be addressed by the opposite pronoun must file legal documents.

In addition, the directive states that schools must “keep parents fully informed of all matters ‘related to the health and social and psychological development of a child’, and cannot withhold information from parents relating to to the sex of the child.

The document also says school staff are not required to address a student “in a way” that contradicts their religious beliefs.

Youngkin’s guidelines reverse the directive enacted under the previous governor, Democrat Ralph Northam, which called for allowing trans-identifying students to use opposite-sex pronouns without documentation.

Nicole Neily, founder and president of the national parental rights activist organization Parents Defending Education, said in an interview with the Christian Post that other states should follow Youngkin’s example.

“The kinds of ideas and the kinds of policies that have been pushed in schools across the country, when parents know what’s going on, they’re appalled by those, and rightly so,” Neily said.

“Because right now the default setting in far too many school districts is to keep mom and dad’s secrets.”

“The fact that Governor Youngkin put parental rights first is something that shouldn’t be revolutionary, but unfortunately in 2022 it is,” she added.

The American Civil Liberties Union of Virginia criticized the policy of the Youngkin administration, writing on Saturday Tweeter that the directive will worsen rates of suicide and self-harm among LGBT students.

“We are appalled by the Youngkin administration’s overhaul of key protections for transgender students in public schools,” the ACLU wrote.

Neily argues that schools already serve as mandatory reporters, forcing teachers and staff to intervene if they sense a child is in an unsafe environment.

“For them to pretend now that the default setting is that not all families are safe is really throwing the baby out with the bathwater because there are already provisions in place,” he said. she stated.

Neily claimed that Northam administration policies made schools assume that families were not safe and that school was the only place of safety for children.

“Unfortunately, these policies are in schools across the country, coast to coast,” Neily said.

While many districts in conservative rural areas of the state will likely comply with Youngkin’s order, The Washington Post reports that there is talk of a lawsuit coming from northern Virginia districts in liberal counties across the state. suburb of Washington. Critics argue the ordinance violates the Virginia Human Rights Act, which was expanded in 2020 to prohibit discrimination based on gender identity in public accommodations.

Since Parents Defending Education was founded in March, the organization has received 50 to 200 tips from across the country. Most of the advice received this year concerned policies related to gender identity in schools.

Neily pointed to a federal lawsuit her organization filed in August in the Cedar Rapids Division of Iowa’s Northeast District after the Linn-Mar Community School District instituted a gender-neutral policy for restrooms and toilets. lockers. She says many girls were afraid to use the toilet or change for gym class, which she says highlights many parents’ concerns about these policies.

“They are concerned about the privacy of these spaces,” she said, saying Governor Youngkin leads “parental rights.”

“People want to know what’s going on in their child’s life so they can make informed decisions,” said the founder of Parents Defending Education. “‘Maybe I won’t send my child on a school trip; I want to know if my child is called by a different name.'”

“If the child leads, for all intents and purposes, a double life at school – he has one name and pronoun at home and another at school – what kind of mental disorder does that cause to teenagers?” she asked.

Last November, Youngkin defeated his Democratic challenger, Terry McAuliffe, in the race for governor of Virginia, an election that took place amid national debates surrounding parental involvement in education.

During a debate, McAuliffe argued against parents tell schools what to teach. During this time, Youngkin came out as an advocate for parental involvement in education.

Around this time, two schools in Loudon County, Virginia, sparked controversy due to reports of two sexual assaults at two different high schools by the same male student, during one of which he was wearing a skirt in the girls’ bathroom.

The incidents reportedly took place before Loudoun County officials implemented a policy allowing trans-identified students to use restrooms that match their gender identity.

Last July, Fairfax County passed a policy allowing trans-identified students to use restrooms that match their preferred gender identity, which parents protested. According to the Washington Post, another policy required that school newspapers, yearbooks, and other official student lists identify students as their chosen pronouns.