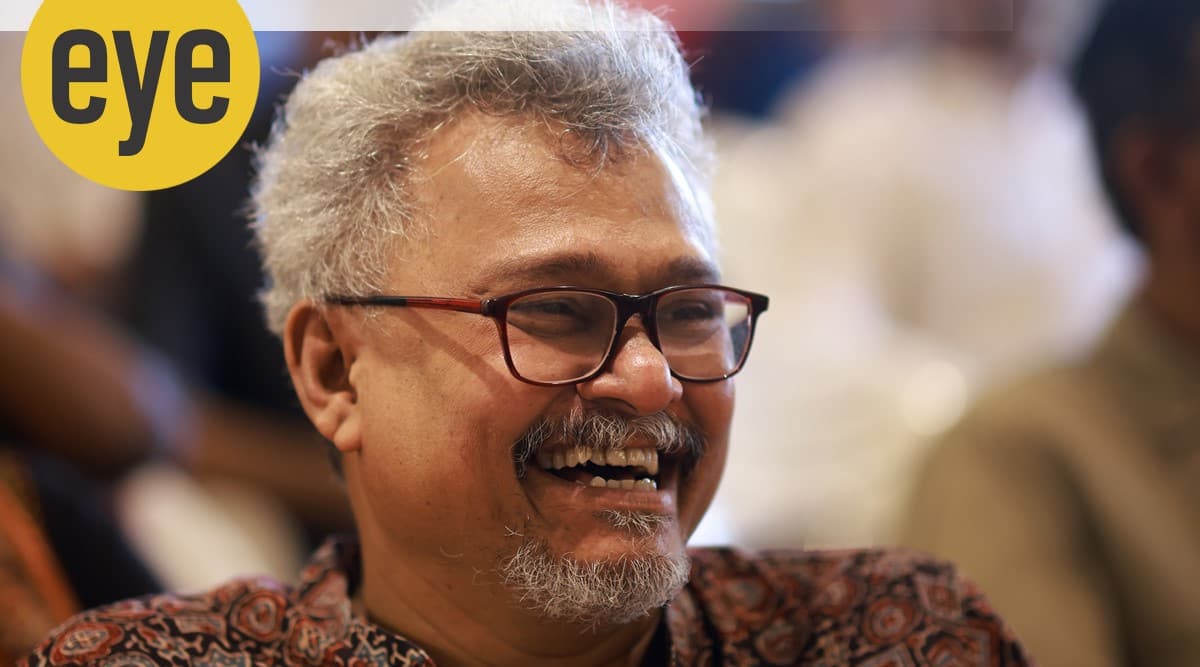 What makes the poetry and politics of Anvar Ali, winner of this year’s Kerala Sahitya Akademi Award, so engaging?

Anvar Ali, 56, is arguably the most interesting voice in Malayalam poetry today. His third volume of poetry, Mehboob Express (2020), the first in a decade, is a collection of intensely political poems that carry the pain and burden of our times. In tune with his generation of poets, Ali has a keen eye and ear and is attuned to his immediate sounds and environment. Yet, as in all good writing, there is an exceptional, universal vision that lends a visceral quality to his best poems. The politics that shaped the inner and outer worlds of the Mehboob Express poems also make Ali a pan-Indian voice, who writes in Malayalam. Earlier this week, Mehboob Express was chosen for this year’s Kerala Sahitya Akademi; two years ago, Ali, now a sought-after lyricist, won the state award for best film lyrics.

The collection takes its title from the poem, Mehboob Express – Oru Jeevitharekha (translated into Hindi by the late poet Manglesh Dabral as Mehboob Express: Ek Prabandh and into English by AJ Thomas as Mehboob Express: A Monologue). Ali began by composing a four-line ditty on children mimicking the sound of the moving train – kollathe pappadam, gandan pappadam (like do daskaden in the movie Kurasawa) – and he hibernated on his cell phone for a few years. Thereafter, slowly, lines began to add and it began to take the form of a narrative poem. He believes that the changing political landscape influenced the laying of the track on which the poem began to move.

Mehboob Express (2017) can be read as a conversation between Mehboob and his young relative, in person and on letters posted from different parts of India, and narrated by the latter. The conversation begins on a passenger train, when Mehboobkka (ikka means older brother) visits home during summer vacation, and the train turns into a metaphor that maps the subcontinent. The train meanders through a landscape of history and memory, capturing a land caught in chaotic violence and wounded by numerous partitions. He recalls their grandfather, who ran the Mahatmaji’s paan Shop in Lahore, escaping the newly created land of pures for home” on a steam locomotive that roared its way to Delhi “at the rattle of”Pakistani sheet music, Pakistan Partition”, braving guns and swords, taking the Hindu name Dakshinaamoorthi. Mehboobkka was in Siachen when the 1984 Sikh riots torched the country. It is on the move – in Ahmedabad, Amritsar, Gangtok – as political upheavals occur – the assassination of Rajiv Gandhi in 1989, the emergence of the BSP and the empowerment of Dalits, the mobilization of Hindutva and the destruction of Babri Mosque, the Gujarat riots, Kunan Poshpora, the rise of the gau rakshaks and the lynching of the Akhlaq – are reshaping and worsening the contours of society, politics and community relations. Mehboobkka’s letters and emails (“emails are invisible trains,” says Mehboobkka) follow in the footsteps of history, recalling a country hurtling towards disaster as it adopts a majority program and weaponize faith. Now, Mehboobkka, a retiree, dreams of reopening Mahatmaji’s Paan store in Cochin. The conversation breaks off as they get off the new metro line – “a silent train that says nothing” – and Mehboobkka disappears along the winding path past the migrant workers waiting for the contractor’s next train in an apartment that had grown, like wild grass in the swamp. “The national anthem of silence has sounded,” Ali wrote. With subtle references to history, slogans that mark resistance, devastation and desolation, images and memories that offer avenues of redemption (Mahatmaji’s Paanshop, for example), Ali draws the map of a Pockmarked Republic and leaves us reflecting on the fate of a nation where, in the words of Carl Sandburg, “hope is a tattered flag”.

Two decades earlier, Ali had written another narrative poem that offers a melancholy picture of a nation that failed to stay true to the ideals of its founders. Raghavan of Ekanthathayude Ambathu Varshangal (Fifty Years of Solitude) is representative of a generation who fell into a coma when the country lost its bearings shortly after independence. The distance between Raghavan and Mehboob – from melancholy to utter despair – is the distance the nation has traveled between 1997 and 2017. Ali’s own poetry has become increasingly hard-hitting and polemical in recent years as the nuances and the ambiguities of his early works give way to a provocative and strident tone. The fault at the time and the honesty of an individual sensitive to the new India built on the rubble of the Bharat of Gandhi and Nehru. Indeed, Ali wrote that “we are on the magnetic belt of another time”.

Ali’s politics are also an extension of his aesthetics – or the other way around. In the history of Malayalam poetry – the canon is mostly upper caste male Hindus and its vocabulary and idiom are mostly drawn from a Hindu register – Ali is an outlier. His generation of poets, who came after two waves of modernism which dominated the poetic landscape for nearly five decades from the 1950s, favored a micro-politics and unearthed echoes, legacies and provincial registers. Ali expanded the vocabulary of poetry by consciously drawing on his own personal and communal experiences, words and sounds, to carve a new language that emphasizes the diversity of Malayali society.

It is this sensitivity to language that makes Ali a precursor. Friend and fellow poet Anitha Thampi says Ali’s authenticity lies in his explorations, in transforming the language of poetry into Malayalam. “Poetry is an art of language,” she says. Ali advanced the poetic language, constantly experimenting with its structures, drawing inspiration from the richness of Malayalam legacy of storytelling and narrative poetry, the careful shaping of poetic meters, the cross-fertilization of vocabulary by borrowing from popular culture, street language and community jargon, using classical modes as well as parody, in s pressing movie theater and performance traditions to energize the art.

Ali’s train travels between different time areas and social spaces, reconnects with past traditions, respects heritages and legacies, but constantly renews the language of poetry. And that’s what makes his poetry fascinating.